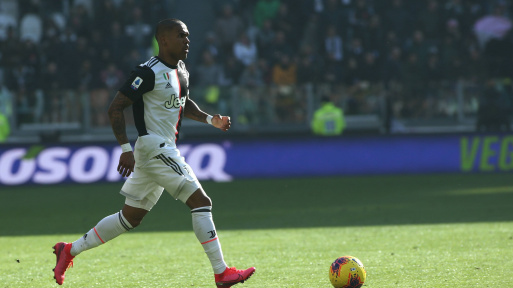 Bayern Munich have agreed a season-long loan move for Juventus winger Douglas Costa. The Brazilian has been made clear that he is not in the plans of Andrea Pirlo and has now opted to return to his former club. Bayern have signed the 30-year-old with loan status for the remainder of the season with no obligation to buy. During his previous spell with the Bavarians, Costa had been left bereft of playing time.

The Bianconeri star expressed his thoughts on returning to Bundesliga.

“I’m very happy to be playing for FC Bayern again.” “I had a wonderful time in Munich with lots of successes and I’m sure we’ll win titles again.”

Bayern director of football Hasan Salihamidzic also said that the wing position has now been fortified with the addition of Costa.

“Douglas will strengthen us on the wings, which is important for our game.

“With Serge Gnabry, Leroy Sane, Kingsley Coman, Jamal Musiala and Douglas we now have top players in those areas

“This gives the coach the opportunity to rotate the squad sensibly. Douglas knows FC Bayern and will settle in again very quickly.”

Bayern have also signed free agent Eric Choupo-Moting, who recently played for PSG, on a one-year deal. The 31-year-old was part of the Les Parsiens’ squad that suffered a defeat against Bayern in the Champions League finals. Choupo-Moting recently turned down a new one-year deal from Ligue 1 Champions.

Upon signing for the Bavarians, Choupo-Moting, who had previously represented several Bundesliga clubs, said,

“It’s a nice feeling to come back to the Bundesliga – and then to the biggest club in Germany.” Who wouldn’t want to play for FC Bayern?”

“It’s an honour to play for this club. At FC Bayern, the aim is always to win everything, and I am highly motivated to achieve these goals.”

To add icing on the cake, Bayern have secured the signing of Marseille right-back Bouna Sarr for a reported fee of 10m euros. The 28-year-old, who has agreed to four-year deal with Bayern, has spent his entire career in France playing for Lyon and Metz. He had played 181 matches for Marseille since joining them in 2015.

“I’m very happy to be able to join a big club like FC Bayern. For me, a dream comes true and I will give everything to help write the successful history of this club.”

Salihamidzic also spoke in praise of Sarr, stating his dynamism and experience would strengthen the right-back slot.