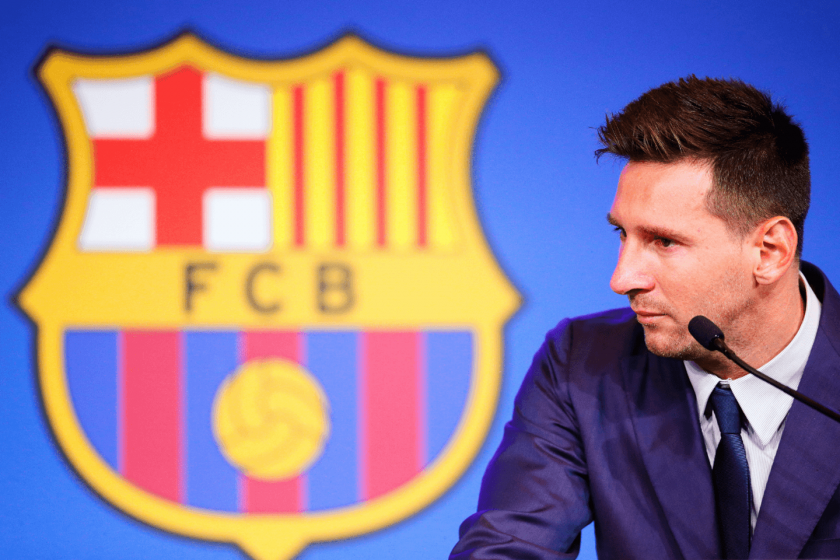 Lionel Messi, 34, one of the most decorated players in the game, has spent more than two decades at Barcelona after making his senior debut at Camp Nou back in 2003. However, The Argentinean international had become a free agent after his contract with Barcelona ran down on July 1.

The six-time Ballon d’Or winner claimed he wanted to stay at the club and had even accepted a 50 per cent salary cut to sign a new contract, but LaLiga’s Financial Fair Play (FFP) rules denied him the chance to continue his 21-year-long association with Barcelona.

Ligue 1 giants Paris Saint-Germain are one of the very few clubs that can afford Lionel Messi, who lifted the Copa America 2021 with Argentina last month. It is understood PSG could offload up to 10 players to finance the biggest signing in their entire history.

Messi’s shock departure has simply left more than a million Barcelona fans shattered. And it appears the Catalan giants’ summer have gone from bad to worse with the latest injury news to Sergio Aguero, who has been ruled out for 10 weeks with a calf problem.

With Messi no more a part of the club and Aguero ruled out until November, here’s how Barcelona could line up under Ronald Koeman.

Antoine Griezmann played in every single position along the front-line last season. While he registered 13 goals and eight assists in 36 LaLiga appearances, the 30-year-old wasn’t really consistent throughout the campaign.

Acting as an inside forward, cutting in from the right, it would make sense for the Frenchman to get the free role as Ronald Koeman wouldn’t have to alter his tactics a great deal, with Martin Braithwaite operating through the centre and Memphis Depay on the left flank.

After an underwhelming Euro 2020 campaign with France, it would be beneficial for Griezmann to make his mark and get some confidence back in Barcelona’s season opener against Real Sociedad on Sunday.

In an ideal world, Messi is irreplaceable at Barcelona but the 30-year-old France international could come closer to solving the creativity problem in Koeman’s team.

This line-up would see Martin Braithwaite start as one of the two creative 10s behind a number nine—be it Depay or Griezmann.

Braithwaite may not be aesthetic to the naked eye but he has his fair share of qualities that makes him an effective player in Koeman’s system. He was really good for Denmark in Euro 2020, running down the channels and stretching opposition defences with his pace and energy.

The Dane is also direct and aggressive when attacking the area behind the left-back, keeping him pinned back and creating more space in the centre of the pitch. Certainly, Braithwaite would have a bigger role to play this season if he stays at Camp Nou.

Barcelona signed young Austrian international Yusuf Demir on a season-long loan from Rapid Vienna with a purchase option in July.

Against Juventus in the Joan Gamper Trophy on Sunday at the Estadi Johan Cruyff, Demir played 62 minutes and helped Barcelona to a resounding 3-0 victory. The fleet-footed, dynamic and confident teenager was superb on and off the ball, assisting Depay for the opener with a well-weighted through ball in only the third minute.

There were some promising signs shown by Demir that certainly pleased Koeman, who praised the 18-year-old for his performance after the game. With Philippe Coutinho working his into fitness and the likes of Ousmane Dembele and Sergio Aguero sidelined, Demir could be utilised as a starter in the upcoming season by Koeman, who knows?

The one-cap Austrian international would fit well in the hole behind the main striker flanked by Griezmann and Braithwaite in a 4-2-3-1 formation.