England had a great Euro and was one step away from the trophy. Gareth Southgate’s team was disciplined and manageable but lost in the final to an equally powerful Italian squad. In this article, we’ll tell you about five moments of brilliance in England’s national squad’s recent history. 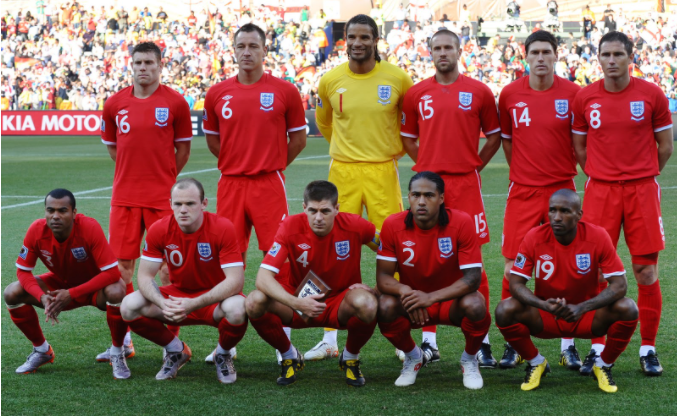 This result became England’s first victory over Brazil in almost a quarter of a century. Halfway through the first half, Ronaldinho, in his 100th international appearance, missed a penalty to Joe Hart. Soon Rooney opened the scoring, at the very beginning of the second half, Brazil won back with the efforts of Gary Cahill and Fred, but Frank Lampard’s shot brought victory to the hosts. Jack Wilshere played an excellent match, and England was filled with dreams of a glorious World Cup in a year and a half.

Spain, by this time, won Euro 2008, World Cup 2010, was preparing to win Euro 2012, and was at its peak. At Wembley, Del Bosque’s all-star team also had a lot of possession and created chances. England played Fabio Capello’s typical disciplined and patient play. Frank Lampard scored the match’s only goal at the beginning of the second half, Joleon Lescott and Scott Parker had a great game, and Capello didn’t miss his son’s wedding for anything.

Another friendly England can be proud of. The game took place in Geneva and was fantastic. Hernan Crespo and Walter Samuel twice led the Argentines forward. Rooney put his goal between them, but until the 86th-minute, Sven-Göran Eriksson’s team was losing. The Swede removed defender Luke Young, swapping Peter Crouch for him instead. Steven Gerrard became the right-back, and the final rush of the British brought a double success: Michael Owen first scored from Gerrard’s cross from the right and then from Joe Cole’s cross from the left.

The match became the third and decisive in the group stage of the Portuguese Euro. The British lost offensively to France, then defeated Switzerland, and now they had to at least not yield to the Croatians. However, they were losing almost the entire first half: Niko Kovač scored in the 5th minute. Paul Scholes changed the situation at the end of the half, and then Wayne Rooney continued to shine. The 18-year-old Everton striker played the first and the best big tournament in his life and, after a double to the Swiss, sent a double to the Croatians. Tudor then returned the intrigue, which Lampard later eliminated, and England advanced to the quarterfinals, where they always lost by penalties.

If you like not only to watch football games but to bet on them, consider checking the DOXXbet website, whose review is available at https://bookmaker-ratings.com/review/doxxbet-review/.

The tournament was the peak of Capello’s team, which then seemed like a terrible force and played great. The Croatians, on the other hand, clearly passed their maximum under Bilic. They entered Wembley without Modric and, by the middle of the first half, were losing 2:0. Lampard and Gerrard ended up both getting a double, and Rooney sealed the score in the end, ignoring Eduardo’s goal. As a result, Croatia will not go to the World Cup, and Capello’s tale will end soon.