Barcelona have made a huge statement by signing Ferran Torres from Manchester City for €55 million (plus €10 million in variables). The former La Liga champions are unlikely to stay down for long and the addition of Torres will only make them a better attacking side. 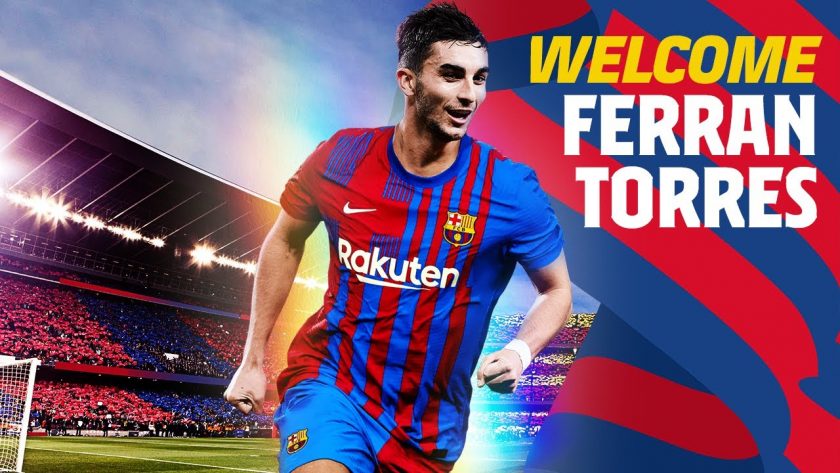 With that said, the transfer is yet to be confirmed with both parties already reaching an agreement over the sale of the 21-year-old.

Torres has passed his medicals and when asked about his feelings on the transfer, the former Valencia man revealed that he was feeling “very good” about the subject.

Spanish outlet Marca has understood that the delay in announcement is due to the review of all the documentation submitted by the two clubs. Barca had initially planned to announce Torres on Monday and then present him at Camp Nou on Tuesday but their plans of doing so seem to have moved back a little. For now, we do not have much idea about how long the process could take but an announcement could be expected before the end of this week.

Other sources report that the former La Liga champions are in a dialogue with La Liga to register the Spaniard and that could take a while as well, given the strictness of the Spanish league’s FFP rules. The current mood within the club is said to be that of “optimism” and as per Victor Navarro (COPE), assure that the transfer will go through and isn’t in danger of collapsing at the last minute.

Torres will become Barcelona’s most expensive buy when it comes to signing Spanish players, eclipsing the €40 million that the Blaugrana paid for David Villa back in 2010. It remains to be seen if the Blaugrana do manage to get past these nervy moments and register Torres with La Liga, as soon as possible.

Arthur Cabral has been linked with a move to FC Barcelona with the FC Basel striker in red-hot form this season. From 18 appearances, the 23-year-old has managed to find the back of the net 14 times.

Speaking about the rumors Cabral said,

“Really, it’s just the press. Nothing has come to me, But if it did, it would be wild. Barcelona is Barcelona.”

Dani Alves and Clement Lenglet have tested positive for COVID-19

Barcelona first-team players Dani Alves and Clement Lenglet have tested positive for COVID-19 and are now believed to be in isolation. The players have suffered no complications and are said to be feeling in good health.

Lenglet and Alves, naturally, will not be available for selection for the game against Mallorca (02/01) and Granada (08/01).

Some reports suggest that within the club, the feeling is that there might be other first-team players who could possibly test positive for the disease.

This comes in the light of the rising COVID-19 cases across Europe, due to the Omicron variant of the virus which is said to be highly contagious.

It remains to be seen if football will be played behind closed doors once again but for now, we can only wish the Barca duo to get well soon.