Round 13 of English Premier League is behind us, meaning it’s once again time for us to look over what happened throughout the weekend, how teams and players performed and ultimately reveal how our fantasy team did. But as always, we will start with the dream team. 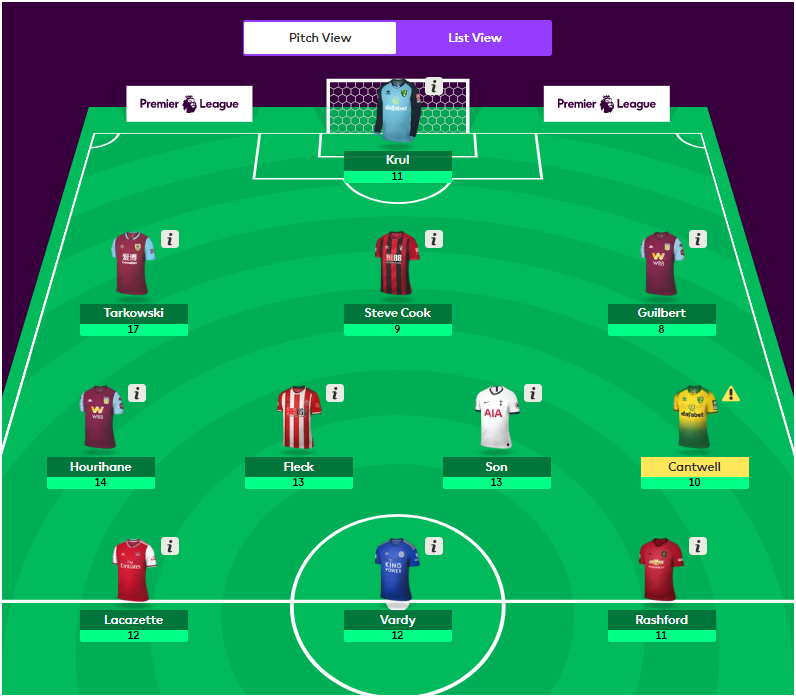 After a streak of disappointing results, Norwich bounced back in style and one of the main men who helped make that happen was Tim Krul (11), who managed to keep Norwich’ goal untouched against Everton, produced seven saves and earned 11 points, which earned him the spot in the dream team of GW13. Joining him in the back which we have Tarkowski (17), Steve Cook (9) and Guilbert (8). Tarkowski played exceptionally well last round when he helped Burnley defeat Watford (3:0) with a goal and an assist. Steve Cook scored his first goal of the season against Wolverhampton (1:2), which was not enough for Bournemouth to win, however, it earned him season-high nine points. Guilbert earned eight points with his superb display against Newcastle, where he helped his team keep a clean sheet.

In the midfield, we have Hourihane (14), Fleck (13), Son (13) and Cantwell (10). Hourihane was involved in both goals in Aston Villa’s win over Newcastle (2:0). He scored one and added an assist, which earned him season-high 14 points. Fleck saw the same success against Manchester United (3:3), where he scored once and added an assist to help Sheffield Utd earn a very valuable point. Son continued to impress, with a goal and an assist in Tottenham’s win over West Ham (2:3). Cantwell has seemingly woke up from his slumber and scored his first goal since round five, in Norwich’s win over Everton.

In the attack, we have three players; Lacazette (12), Vardy (12) and Rashford (11). Lacazette made waves in Arsenal’s clash with Southampton, where he scored two goals and earned season-high 12 points, which is just as much as Vardy, who has contributed a goal and an assist in Leicester’s win over Brighton (2:0). Rashford earned 11 points with an assist and a goal for Man United who met with Sheffield United (3:3). This was his best performance since GW1 when he scored two against Chelsea and earned 13 points.

In total GW13 dream team earned 130 points, which is a 15 point increase compared to last week.

Now let’s turn our attention to our fantasy team. 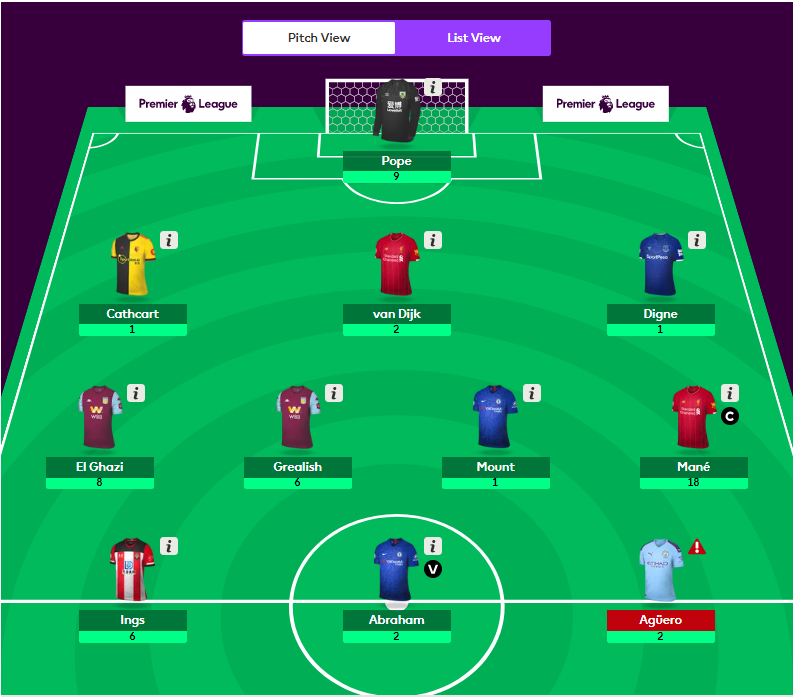 Pope (9), who we have assigned as our goalkeeper repeated his success from the previous game week and earned nine points with a clean sheet for Burnley in their clash with Watford. Our substitute goalkeeper – Ryan, on the other side earned only three points after conceding two goals against Leicester.

Our defenders – van Dijk (2), Cathcart (1) and Digne (1) failed to impress, as they accumulated only four points. Cathcart suffered a crushing defeat against Burnley, where Watford conceded three goals. Van Dijk once again failed to keep a clean sheet, and without any contributions in the attack, he was once more left with only two points. Digne, as our third and last defender also severely underperformed as he suffered two goals against Norwich and with that claimed only one point.

Unlike our defence, the four midfielders played much better. El Ghazi (8), Grealish (6), Mount (1) and Mane (18) combined 33 points, which is a praiseworthy amount. El Ghazi earned eight points with a goal against Newcastle while his teammate Grealish earned six with an assist in the said match. Mount, unfortunately, failed to contribute anything to Chelsea’s match with Man City and played for only 16 minutes, which earned him his season-low one point. Mane who we have appointed as our captain scored a goal against Crystal Palace, which was his eighth goal of the season. he earned nine points, which doubled earned us 18 points.

Our attack was slightly underwhelming. Ings (6) was the top-performing striker with six points, while Abraham (2) and Aguero (2) failed to produce more than two points. Aguero unfortunately also suffered an injury that will keep him off the pitch for yet undisclosed time.

In total, our team earned 56 points, one less compared to GW12, yet still seven points above the average (49 points). All things considered, we expected more from our attack, yet we knew the Man City versus Chelsea match was a hit or miss pick. Other than that, our defenders were underwhelming, to say the least as we did expect more, especially from van Dijk and Digne. Nonetheless, while we could see much better results, it could also be much worse. Going forward, we will need to find a replacement for the injured Aguero and while there are many solid players that we could fit in our squad, we have already found the best man for the job. Which that might be, we will reveal in our GW14 preview. 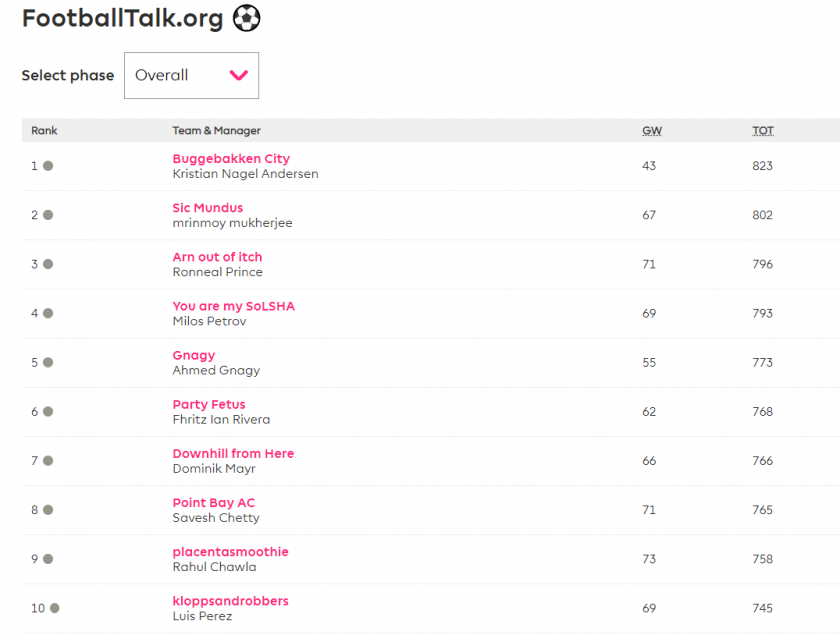 Kristian and his team Buggebakken City still stand at the top of the table in our Fantasy EPL after GW 13, but the difference between the 1st and 2nd team is only 21 points. Kristian had more than 50 points, but one bad game week for him and a good one for others changed the things and made our competition even more interesting.