The final two rounds of EURO 2020 qualifications are set to kick off this Thursday, November 14 and conclude on Tuesday, November 19, giving the teams one last chance to prove their worth and push for a ticked leading to EURO 2020 tournament. Some teams have already earned their spot in the tournament, while others are on the verge of doing so, meaning the next week will be understandably the most thrilling week of EURO 2020 qualifiers as it will be all-or-nothing for teams that have not yet qualified. 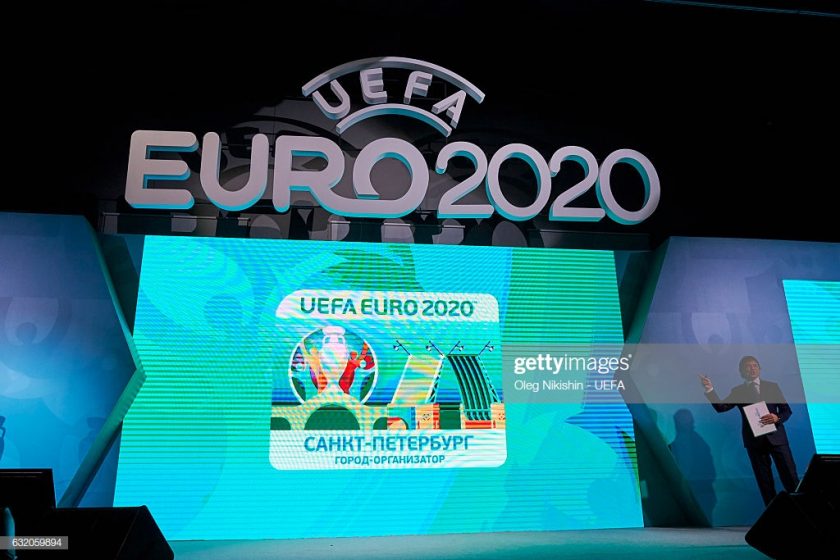 The Czech Republic v Kosovo clash on Thursday will be under all the spotlight as it could decide which of the two teams will advance into the next stage and which will be sent packing. Should one team underperform, they will have another chance to prove themselves on Sunday, however, looking at the schedule most of the pressure will be on Kosovo, who need to defeat the Czech Republic and avoid losing against England on the last day. England on the other side needs to defeat Montenegro, which should not be too hard seeing how they already dismantled them 5:1 in March.

Ukraine already secured their spot in the tournament, so it will all come down to Portugal and Serbia to fight it out for the second seed. The two sides will not meet in the next week, meaning they will have to put up a show against the remaining teams in the group. Serbia will meet with Luxemburg and Ukraine, while Portugal will clash with Lithuania and Luxemburg. The schedule favours Portugal, and should they not underperform, the second seed should be theirs.

Group C has been close from the start and remains as such as teams venture off into the final two rounds. Germany and Netherlands lead the race with 15 points while Northern Ireland trails behind with 12. Should Germany and Netherlands perform up to par and avoid dropping points, the two should finish at the top of the group. Conveniently enough Northern Ireland will meet with Germany and the Netherlands, meaning their road to the EURO 2020 is by no means easy but at the same time also far from impossible.

The race between Ireland, Denmark and Switzerland for the EURO 2020 ticket is far from over, and we can easily expect it to end only on the last day of the qualifiers. Group D will have the most exciting week out of all groups, seeing how Ireland only have one more match to play but are tied with Denmark with 12 points, while Switzerland trails with 11. There are many ways how this group could end, and it will be all in the hands of the three leading teams. The decisive fixture will happen on Monday, between Ireland and Denmark.

Croatia needs only one more win to secure their spot in the tournament and seeing how they are leading the group with 14 points they most likely will be the first seed by the end of the qualifiers. Hungary are close behind with 12 points. That said, Slovakia hold onto 10 points, but have got two more fixtures to play, unlike Croatia and Hungary who have only one. This will be time to shine for Slovakia, who could secure their spot in the tournament if they win both. That will, however, be easier said than done, as they are facing Croatia on day one. That fixture will also be under the spotlight as it could make or break one team’s chances to advance.

Spain is already into the EURO 2020, meaning it’s up to Sweden and Romania to fight it out for the second spot. Conveniently enough they will meet on Friday, meaning this fixture will be the one which could decide the future of both teams. It will be a crucial match for Romania to win, as they are facing Spain in the last round. Sweden on the other side faces against the Faroe Islands in round 10, meaning they can even afford to lose to Romania, who will have close to no chances to defeat Spain on Monday.

Poland are already through into EURO 2020 tournament, and we can safely assume Austria will follow. They are currently five points ahead of North Macedonia, Slovenia and Israel. That said, if Austria loses to North Macedonia on Saturday, and Latvia on Tuesday, we could be seeing a close fight for the second seed. That said, seeing Austria lose to Latvia is highly unlikely. Austrians need only to draw against North Macedonia and Latvia to advance, leading us to believe they these qualifications are theirs to lose.

Group  H will see a close battle between Turkey, France and Iceland. Turkey and France are leading the group with 19 points, followed by Iceland with 15. Turkey and France only need one win here an while France has a much easier schedule, it will be Turkey who will look to avoid disappointment on Thursday when they face Iceland. All in all, this group is more or less decided, with the final two rounds serving only as a formality.

Group I is decided, with Belgium and Russia claiming the two tickets leading to EURO 2020. The remaining two rounds will have no effect on the outcome of this group.

Italy already secured a ticket for EURO 2020 with a perfect 8-0-0 run. Sitting at the second spot we have Finland with 15 points while Armenia and Bosnia sit third with 10 points apiece. Finland needs to win one match to guarantee themselves the second spot finish and seeing how they will face two of the weakest teams in the group (Liechtenstein and Greece), they are more or less guaranteed a promotion. If there won’t be any huge surprises, Finland and Italy should advance here.