In the second round of UEFA Champions League 1/8 final on Tuesday, March 10, Valencia will be put in a tough spot, as they need to close the 1-4 gap against Atlanta at Estadio de Mestalla. In the second match on Tuesday, Tottenham will play against RB Leipzig. 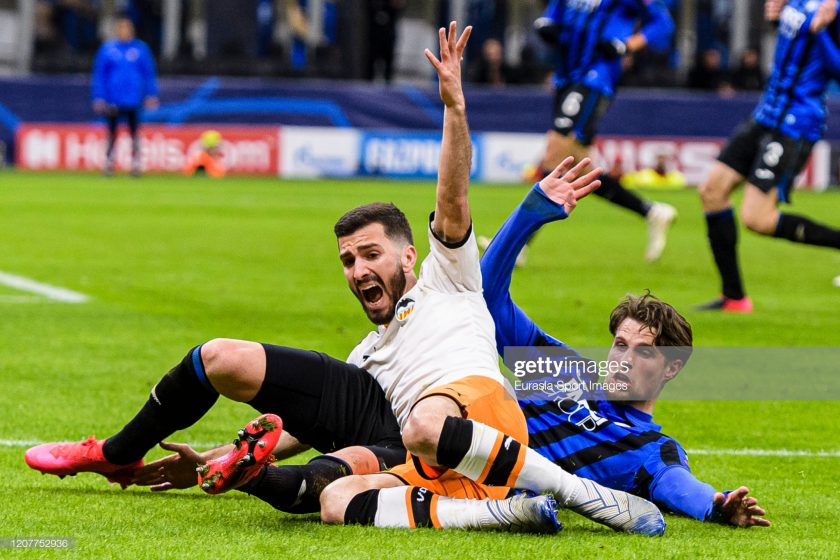 Valencia and Atalanta will lock horns at Estadio de Mestalla, where the hosts will be put to a tough test, as they will be chasing a three-goal deficit. As the final score would suggest, the first contest between these two sides was surprisingly open with both teams producing a lot of chances, yet it was the Italian squad who proved to be more efficient with their shots.

Valencia has been struggling with consistency throughout the whole season, and as seen in their bout against Atalanta, their defence was rather lacklustre. Nonetheless, Los Che head coach Albert Celades is determined to stay positive in the return fixture. Although he acknowledged his team has a mountain to climb, Mr. Celades claimed that Valencia will be ready to make better use of their chances – something they failed to do in the first leg.

It’s hard to be overly optimistic about Valencia’s chances to win here, however, we can’t ignore the fact that Los Che can be very deadly when playing at Estadio de Mestalla. Just recently, they held Atl Madrid at 2-2, bested Barcelona 2-0 as well as produced stalemates against Chelsea (2-2) and Real Madrid (1-1).

Despite their poor start of the group stage campaign, Atalanta managed to recover well with convincing wins against Dinamo Zagreb and Shakhtar, to secure a spot in the playoffs by the skin of their teeth.

The Italian side managed to maintain the momentum and put up incredible performances in Serie A, where they trashed AC Milan and Parma 5-0, before romping to a 7-0 win at Torino. Suffice to say, Atalanta are playing very well and if they can continue with their tempo, the Italian squad just might produce a deep run into the UCL.

As far as our prediction is concerned, we expect another open match with plenty of goals on display. Atlanta have proven to be extremely potent in the attack, while Valencia can’t afford to play defensively here if they are serious about pocketing a win and a ticket for the next round. Atlanta on average scored 2.22 goals in away matches, while they concede 1.48. Valencia, on the other side, scored 1.69 goals on average at home and conceded 1.15.

While Atalanta could park the bus and defend their aggregate score, that is not their style. Instead, we can expect the Italians to push and keep Valencia on their toes, meaning that another open bout is on the cards.