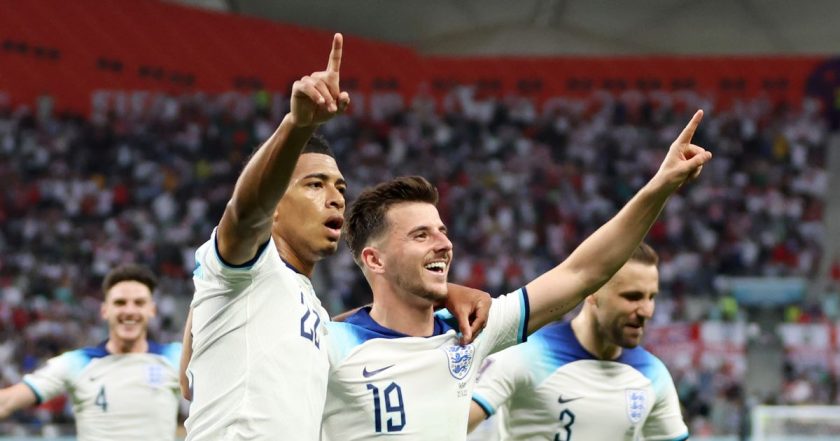 Before the opening whistle, the predictions of both teams showed a contrast in terms of fan confidence. The English were worried about the most recent performances and the bad campaign in the UEFA Nations Legue.

Gareth Southgate gained popular support by reaching the semi-finals of the 2018 FIFA World Cup, putting the English national team football back on top of the world stage.

Euro 2020 was the perfect setting for the consolidation of Southgate’s work. Acting inside the country in practically all the matches of the continental tournament, the English team ended the competition undefeated.

However, the defeat in the penalty shootout, against Italy, in the middle of Wembley Stadium, left the English fan suspicious again. And the coach’s work was affected by unconvinced choices, a drop in performance and boos from the crowd itself.

On the other hand, the Iranian fans showed confidence with the return of coach Carlos Queiroz, for the fourth time in charge of Iran in a World Cup.

Known for his defensive consistency, Queiroz surprised in the first game of this World Cup by using a line of five players, instead of the standard 4-2-3-1 (or 4-4-1-1). Southgate surprised with Sterling being used in place of Phil Foden in the final third on the left.

The start of the match lived up to expectations. England controlled possession of the ball but ran into the lack of space for greater play creation. Iran strategy consisted of counterattacks, but they failed to find considerable opportunities.

Around the 25th minute of the first half, the Iranians opted for high pressure on the offensive field, bothering England’s departure from the game. However, when the situation was getting complicated, England’s young talents defined the game in the first half.

Jude Bellingham, the only England player not playing in the Premier League, was responsible for opening the scoring with a great header. Bukyo Saka, one of Arsenal’s stars this season, scored the second goal. Ultimately, Sterling routed England’s victory.

The first two goals had excellent collaboration from Harry Maguire, a contested Manchester United defender, who had even hit a ball on the crossbar before the opening of the scoring.

In the second half, Iran modified the strategy and advanced the lines of marking to the intermediate block, seeking to put more pressure on the English after the disadvantage of three goals. England, with the victory on the way, managed more possession of the ball.

Bukayo Saka, Marcus Rashford and Grealish scored the English goals in the second half, closing a great performance in this debut. However, Iran reduced the disadvantage with the top scorer Mehdi Taremi, taking advantage of a moment of defensive disorganization in the quick lateral kick.

However, the final balance of the English debut in this World Cup was extremely positive, mainly in relation to the effectiveness in the air and the demonstration of confidence of the young stars.