Lionel Messi finally ends his mission with Argentina and Maradona’s generation can celebrate in Peace. 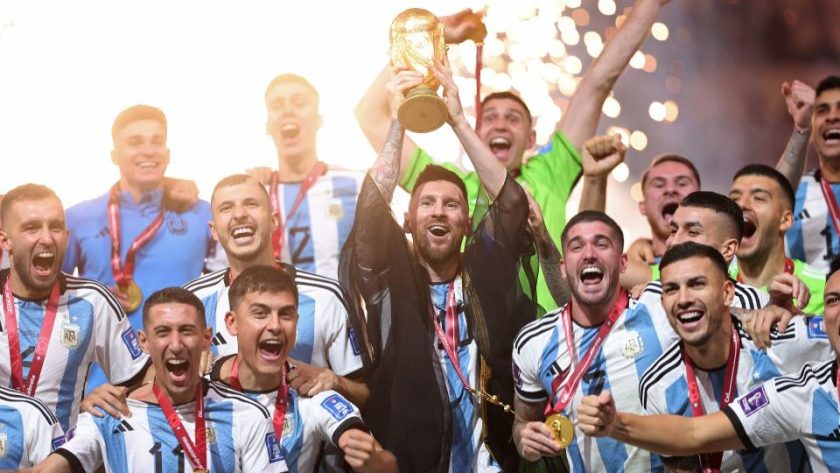 In one of the most expected World Cup finals due to the context and the narratives presented, Argentina and France put on a spectacle beyond expectations with a difficult rational explanation.

In the starting line-ups, Di Maria’s presence as a starter for Argentina turned out to be the big news in this final. A key figure at all times on the pitch, he returned from injury after missing virtually the entire knockout stage.

As a result, manager Lionel Scaloni left Argentina more attack-minded than expected on the eve of the match. France were certainly counting on this possibility, but the use of Di Maria on the left flank confused the French defensive system.

With the presence of Di María on the left, Scaloni made it clear that he is relying on Messi and Rodrigo De Paul to assist in the tactical build-up. Youngster Julián Álvarez also lived up to expectations with his excellent movement.

France lacked control of the midfield, Kylian Mbappé hardly touched the ball and the team left the field in the first half with an adverse 2-0 score and no shots.

In the second half, Argentina’s control was absolute and the decider was being headed for a quiet script favourable to the South American side. However, when Di Maria left the field, France found space on the left side.

With Di Maria leaving the field, however, France found space on the left flank and, with the intensity of the French attack increasing; rewarding with a penalty shortly after the 70th minute.

Cancelled in the first half, Kylian Mbappé needed just three minutes to score twice in the closing stages of regulation time, levelling the match through individuality in the second goal after a breakaway down the left side.

With diverse chances on both sides, tactical analysis lost space to the naturalness of the football as the empty midfield drew attention due to Argentina and France’s desperate attempts at the winning goal.

In extra time, Argentina had two clear chances to win the title through Lautaro Martinez, both of which spurned. On the other hand, France had their best chances after 120 minutes, only to be denied by an incredible save by Emiliano Martinez in a one-on-one duel with Kolo Muani.

In terms of starting line-up and control of the midfield for most of the time, Lionel Scaloni won the most honours in this decider between the coaches, but it is worth highlighting the quality of Didier Deschamps with the entries of Marcus Thuram and Eduardo Camavinga.

In the penalty shootout, goalkeeper Emiliano Martinez confirmed the reason why he was chosen as the best goalkeeper of this World Cup, paving the way for Argentina to win their third World Cup title.

With this, Lionel Messi can finally rest in peace, with the goal of mission accomplished, after finally winning a World Cup with the Argentinean national team.