Everton are among the clubs interested in signing Wolves winger Adama Traore this summer. 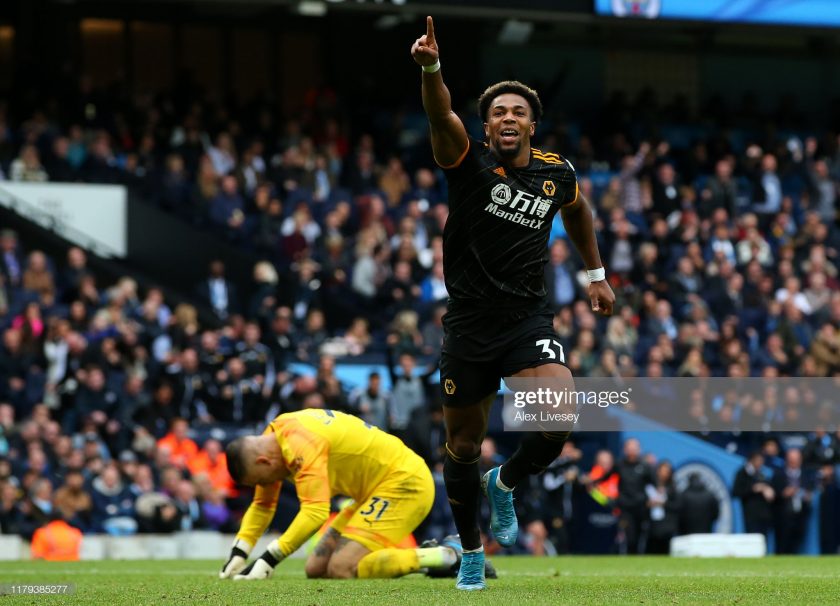 Adama Traore, 26, is entering the final 12 months of his contract at Molineux. He spent the second half of the last campaign on loan at Barcelona but failed to impress enough to earn a permanent transfer to Camp Nou. The wide forward made 11 La Liga appearances for Barcelona, registering two assists.

Having returned to Wolves after an unsuccessful loan spell with his boyhood club, Traore intends to join a top-four Premier League. Wolves are planning to cash in on the Spain international and are ready to accept a £10million bid for him amidst interest from Everton.

Everton are looking to put the disastrous 2021/22 campaign behind them and rebuild the squad this summer; however, they have only managed to sign James Tarkowski from Burnley so far. As far as the outgoings are concerned, the Toffees have released five players and sold one of their key performers in Richarlison to Tottenham.

Frank Lampard knows what a miss Richarlison will be for Everton from next season and remains keen to sign his replacement in this transfer window. The club has prioritised bringing in a replacement for Richarlison, who played such a key role in their battle against relegation last term.

Not only do the Merseysiders need goals, but adding some much-needed creativity and mobility to Lampard’s squad is of huge importance. With just over three weeks left for the new season to commence, Lampard will hope to get as many as new bodies possible.

Adama Traore on the radar of Everton

Everton’s hunt for a new forward to replace Richarlison has seemingly sent them in the direction of Wolves speedster Adama Traore.

Traore has majorly played right wide for Wolves but can also operate through the middle when required. The Spain international has registered 11 goals and 18 assists in 154 appearances for the Wanderers, demonstrating he’s a long way off from being the prolific forward Everton are in desperate need of.

In Anthony Gordon, Alex Iwobi, Demarai Gray and Andros Townsend, Lampard has decent enough options as far as options for wide players go. Thus, the Toffees could do with a forward who has regularly played through the middle and will guarantee goals, unlike someone like Traore.

Thus, going for a prolific striker instead of another wide forward makes sense, especially as Dominic Calvert-Lewin missed large parts of the previous campaign through injury, leaving Richarlison and Gray with plenty of responsibility up front in what was an anxious run-in for the Royal Blues.

However, if Lampard wants to beef up his wide options, Traore for a fee of £10million could be a smart piece of business.