Manchester United are heating up their pursuit of Sevilla defender Jules Kounde, who is also on the radar of Bayern Munich, Juventus and Real Madrid. 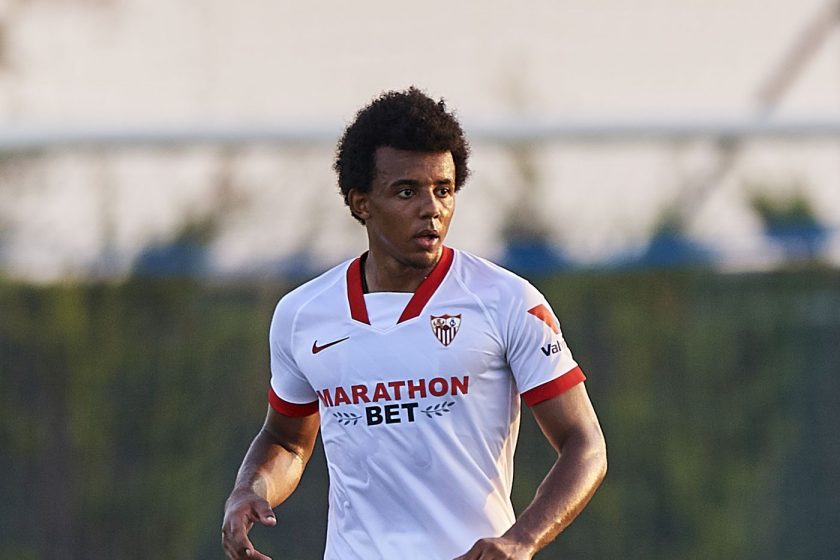 Jules Kounde, 22, is one of the up-and-coming young centre-backs in Europe who only arrived at Sevilla from Bordeaux in the summer of 2019. He has impressed during his time at the club and played an integral part in Sevilla’s Europa League success last season.

The Frenchman’s contributions on the pitch this season have gone a long way for Julen Lopetegui’s team, who are currently fourth in the La Liga having won four successive league games of late. Kounde is rated at around £60m and Manchester United manager Ole Gunnar Solskjaer has made the 22-year-old his no.1 transfer target for the summer’s window.

Meanwhile, Manchester United have improved leaps and bounds after a disastrous start to the 2020/21 season, establishing themselves as potential title contenders. However, the Red Devils, who climbed to the top of the table last month after a superb run, have won only one of their last four games to slip five points behind table-toppers Manchester City.

Ole Gunnar Solskjaer’s side, who have conceded 30 goals in 23 Premier League matches so far, are yet to fully convince defensively and their issues were once again on show in the 3-3 draw with Everton on Saturday. United led Everton 2-0 at half-time but the Merseysiders twice came from behind to pinch a point at Old Trafford, leaving Solskjaer frustrated.

Skipper Harry Maguire is an undoubted starter in Solskjaer’s side with Victor Lindelof currently his most consistent partner at the back. Lindelof has struggled with a back problem since the start of the campaign, forcing the United manager to rotate him with Eric Bailly and Axel Tuanzebe.

Bailly and Tuanzebe haven’t been able to establish themselves in the first-team due to their injury problems, while Phil Jones has not played for more than a year after undergoing knee surgery. With Marcos Rojo leaving the Reds for Boca Juniors last week, the Reds are light in numbers at the back. Considering the inconsistency and injury problems of United’s defenders, Solskjaer should look for an upgrade on his options at the end of the campaign.

Kounde would be a brilliant addition to Man United’s backline

The door very much remains open for the Red Devils to sign a new central defender this summer and Jules Kounde could be a top option.

Kounde has grown in stature since arriving at Sevilla, becoming one of the most important players at the club under Lopetegui. Young, fast and agile, the France under-21 international would add quality to United’s defensive ranks, whilst bringing in some much-needed depth in the squad. The 22-year-old isn’t blessed with a towering frame but that doesn’t stop him from going toe-to-toe with strong and physical forwards.

Due to his young age and undisputed talent, Kounde fits the billing perfectly at Old Trafford under Solskjaer. The former Bordeaux man’s mobility would complement Maguire’s playing style too. At the age of 22, the Frenchman has a long way to go in his career and a move to United could help him unlock his true potential.