West Ham will consider making a move for CSKA Moscow playmaker Nikola Vlasic if they fail in their pursuit of Manchester United star Jesse Lingard. 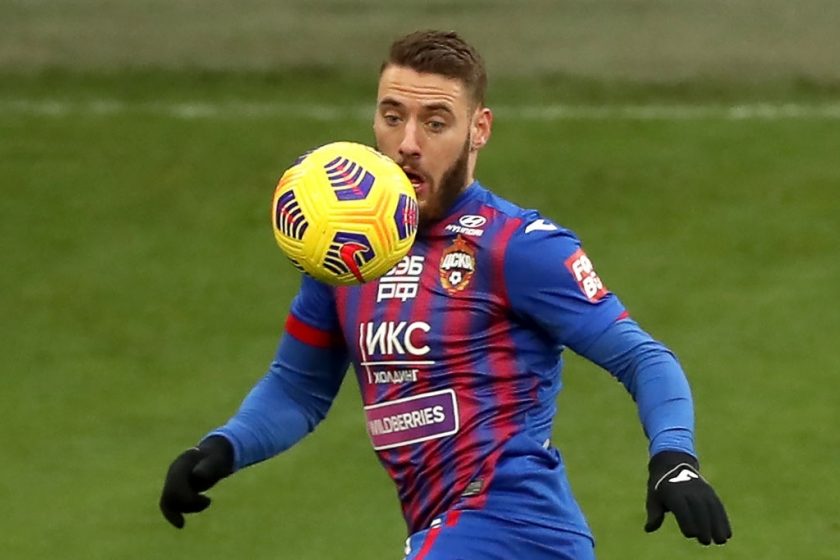 Jesse Lingard, 28, spent the second half of last season on loan to West Ham from Manchester United and earned lots of plaudits for his performances. The English midfielder made a big impression under David Moyes with his skill and pace, and played a major part in the Hammers’ qualification to the Europa League, with nine goals and five appearances in 16 appearances.

West Ham have Lingard on top of their priority list after his successful loan spell. The east Londoners have not given up hope of luring Lingard, who has just 12 months remaining on his current deal at Old Trafford, back permanently, but have lined up alternatives just in case.

CSKA Moscow’s Nikola Vlasic is one of those. A youth product of Hajduk Split, Vlasic, 23, made 120 appearances for the senior side before leaving them for Everton in the summer of 2017. A move to Everton didn’t go according to the plan as he managed only 19 appearances in one season and left Goodison Park for CSKA Moscow initially on loan.

A fine debut season in the Russian Premier League saw CSKA Moscow sign the creative midfielder permanently from Everton in 2019. However, the Croatian international wants to leave the club this summer and David Moyes could give the green light on a move for the 23-year-old, who has excelled in Russia.

West Ham enjoyed a highly successful 2020/21 season, clinching a Europa League berth ahead of the likes of Tottenham and Arsenal. David Moyes’ side have begun the new campaign in top fashion, winning their opening two games while scoring eight goals.

Knowing for a fact that they’ll need a better and bigger squad than last season to balance the domestic competitions and the Europa League, Moyes must get in a couple of new faces to the club before the transfer window closes at the end of this month.

Is Nikola Vlasic the right fit at the London Stadium?

It’s an open secret that Moyes is desperate to bring Jesse Lingard back to the London Stadium on a permanent basis following his amazing loan spell last term. However, United boss Ole Gunnar Solskjaer views Lingard as an important squad player and wants to keep hold of him, even though he is in the final year of his contract.

That being said, it is logical on West Ham’s part to sign someone who can fill a similar role. Nikola Vlasic, in that regard, would be a smart option.

The 23-year-old is technically good on the ball, likes to exploit spaces behind the opposition defence and possesses the ability to link the midfield and attack with his creative passing and vision. He is a number 10 who, when needed, can even play on either wing, and would certainly add so much variety to the Hammers’ attacking play.

Thus, West Ham must not hesitate to go for Vlasic and provide him with another chance to impress in the Premier League.