Arsenal striker Eddie Nketiah is on West Ham’s wishlist for this summer, with manager David Moyes keen to strengthen his options upfront. Along with the Gunners man, Chelsea’s Tammy Abraham and Brentford ace Ivan Toney are on the three-man list drawn up by the Hammers. 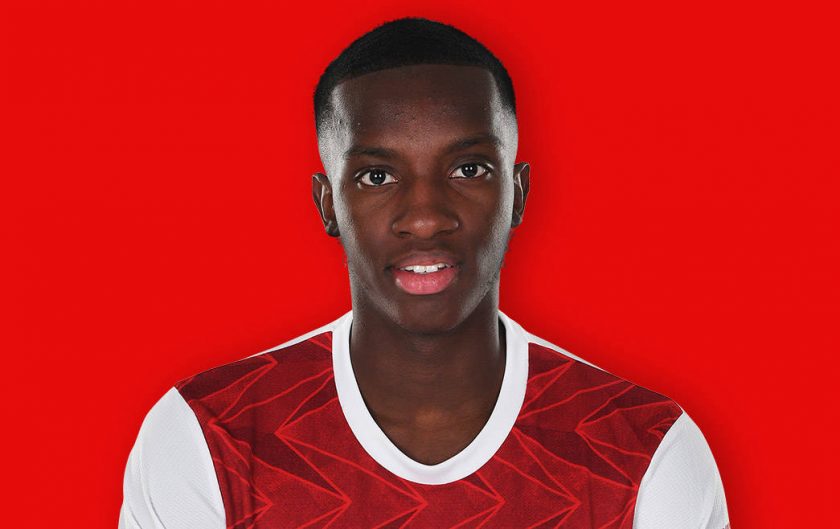 Eddie Nketiah, 21, has only started three Premier League games this season and has seen playing time at Arsenal diminish significantly after Christmas. He has made 22 appearances across all competitions so far, scoring just five goals.

The England under-21 international finds himself behind the likes Pierre-Emerick Aubameyang, Alexandre Lacazette and Gabriel Martinelli in the pecking order under Mikel Arteta and with just one year left on his Arsenal contract, the north London club could sell Nketiah this summer before he walks for free in 2022.

West Ham chasing a spot in the Champions League

It has been a very good campaign for West Ham, as they are fourth in the table and fighting tooth and nail for a spot in the Champions League next season. From beating relegation last term to competing for European places, David Moyes deserves massive credit for turning the east London club’s fortunes around in a very short span of time.

The signings of Tomas Soucek, Vladimir Coufal, Said Benrahma and Craig Dawson have proven really perfect for Moyes’ system, whilst the arrival of Jesse Lingard on loan from Manchester United has pushed the Hammers for a top-four finish.

The Hammers must prioritise signing a striker in the summer

While the addition of Lingard has boosted Moyes’ options in the attack, West Ham must improve their options up front if they are to go to the next level. The Hammers sold Sebastien Haller to Ajax during the January transfer window after the Frenchman struggled to cope with the demands of Premier League football since joining from Eintracht Frankfurt in 2019.

The departure of Haller has left Moyes with only one recognised striker in Michail Antonio, who has registered seven goals and three assists in 17 league appearances this season. However, with Antonio set to turn 31 later this month and having a wretched injury record in the last three years, it is crucial for the Hammers to sign a centre-forward ahead of 2021/22 campaign.

Will Eddie Nketiah be a good fit at the London Stadium?

Nketiah made his debut for Arsenal in the 2017/18 campaign, but since breaking into the senior squad he’s played just 60 times across all competitions, scoring 12 times. He found regular game time hard to come by during his loan spell with Leeds United under Marcelo Bielsa last season.

Nevertheless, the England under-21 international is a bright, young talent who needs regular opportunities to fulfil his potential. With the likes of Aubameyang, Lacazette and Martinelli already in the forward department, Nketiah certainly isn’t going to get that at Arsenal. So, a move to West Ham would make so much sense for him.

At West Ham, the 21-year-old will once again have a chance to breathe and start afresh, and there are chances of Nketiah establishing himself at a higher level under the guidance of Moyes. Hence, West Ham must secure the Arsenal striker’s services in a bid to bolster their striker department.