Newcastle United has been offered the chance to sign free agent Daniel Sturridge in the wake of Callum Wilson’s injury blow. 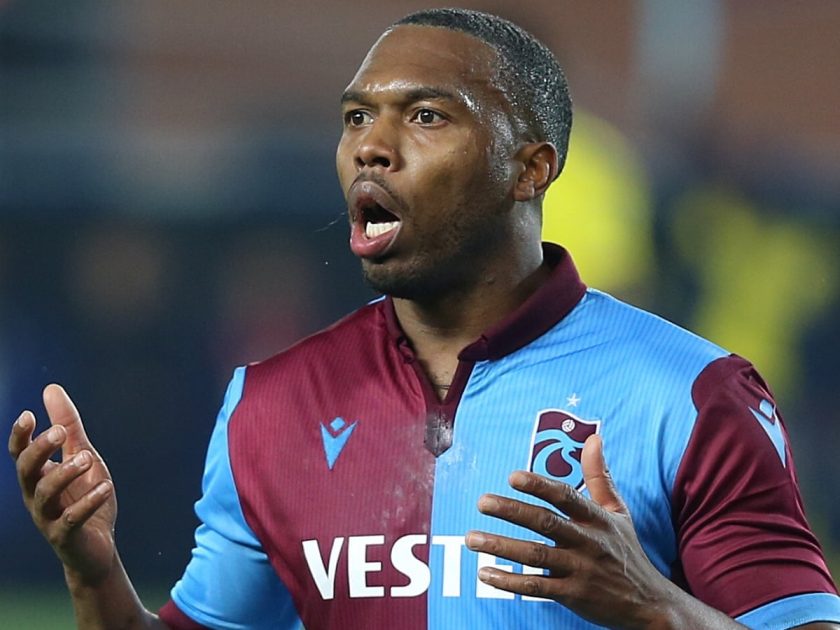 Daniel Sturridge, 31, has been without a club since his contract with Trabzonspor was terminated in March 2020, six months after joining the Turkish club. The former England international has apparently been keeping himself fit and feels he is still capable of playing in the Premier League.

West Brom and Sheffield United have both made contact with the 31-year-old striker, who had a brief stint with West Brom in the Premier League in 2018.

Newcastle United have fallen to within three points of the relegation zone following a 3-1 defeat to Manchester United at Old Trafford on Sunday. Things are starting to look gloomy for the Magpies and manager Steve Bruce needs to quickly find a way of getting back to winning ways before time runs out.

Steve Bruce’s Newcastle have won just twice in their last 12 Premier League games. Decimated by injuries and poor form of some key players, they are struggling to get positive results and currently lie 17th in the Premier League table.

Scoring goals has been a big issue for the Magpies

Steve Bruce’s woes were deepened earlier this month when he lost his 10-goal top-scorer Callum Wilson for the best part of two months with a hamstring tear during Newcastle’s 3-2 win over Southampton. Wilson has been one of the rare bright sparks in an otherwise disappointing campaign for the Toon Army, who have managed only 26 goals in 25 league games.

With the England international now sidelined, Bruce will want the striking trio of Andy Carroll, Joelinton and Dwight Gayle to step up in the coming weeks. Joelinton is yet to justify his big price-tag since arriving from Hoffenheim in 2019 and Bruce lost him to injury too against Manchester United on Sunday.

Gayle has never proven himself to be a reliable striker in the Premier League, while Carroll looks past his prime. The duo have contributed to just two goals to date this season, meaning Bruce simply cannot rely on Gayle and Carroll and must find other outlets for a regular supply of goals.

Should Newcastle take a punt on Daniel Sturridge?

With Wilson out injured and Newcastle struggling for goals, it isn’t surprising to see free agent Daniel Sturridge been linked with the Tyneside club.

Sturridge played just 16 matches for Trabzonspor, in which he scored just seven goals across all competitions. He failed to establish himself at the Turkish club before being released last year, starting just 11 of his 16 appearances.

The Englishman has volumes of Premier League experience, having played for Manchester City, Chelsea, Bolton, Liverpool and West Brom. He has netted 68 goals in 200 Premier League appearances. Injury problems have taken their toll throughout Sturridge’s career, and at 31, his body conditioning and fitness aren’t going to get better.

Sturridge, despite his experience and goalscoring ability, hasn’t played for almost a year now as well. All in all, Steve Bruce should avoid taking a gamble on the former Liverpool star and look to get the best out of the attacking players currently at his disposal to solve Newcastle’s goalscoring woes.