Eintracht Frankfurt striker Andre Silva is being chased by Manchester United, with the Premier League heavyweights identifying him as an alternative to Borussia Dortmund hotshot Erling Haaland. 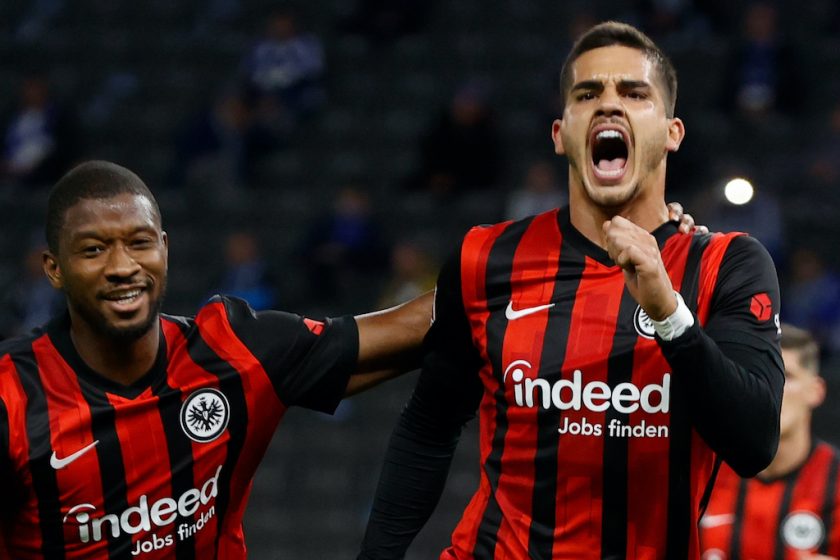 Andre Silva, 25, scored 16 goals in his season-long loan at Eintracht Frankfurt last season, before joining them on a permanent basis from AC Milan in the summer. He has been in sensational form this campaign, netting 18 goals and registering a further three assists in 20 games in the Bundesliga where Frankfurt are fourth in the table.

The Portuguese international’s form has caught the attention of Manchester United, who face competition from Atletico Madrid for the striker’s signature. Silva has two years remaining on his contract and it is claimed that the Bundesliga outfit are seeking a fee in the region of £26million for their star striker.

Meanwhile, Manchester United returned to winning ways against Newcastle United on Sunday after disappointing back-to-back draws with Everton and West Brom. A dip in form has resulted in the Red Devils losing ground on table-toppers Manchester City, who kept the 10 points gap intact with a 1-0 win over Arsenal at the weekend.

Manchester United are the top scorers in the Premier League this season with 53 goals, of which Bruno Fernandes, Marcus Rashford and Edinson Cavani have contributed to 30 strikes.

Cavani, who arrived at Old Trafford on a free transfer from Paris Saint-Germain before the start of the 2020/21 campaign, has impressed with three goals in his last six league appearances. Besides his ruthless finishing, the Uruguayan has added a lot of experience to the United’s young and vibrant attack. However, the striker turned 34 last week and needs to be managed well by Ole Gunnar Solskjaer.

One thing that should concern Solskjaer is the form of Anthony Martial, who has just four goals in 20 league games to date this season. Martial repaid Solskjaer’s faith last term with 23 goals in all competitions—his best return since moving from AS Monaco in 2015. However, the Frenchman has fallen away from this campaign with the arrival of Cavani.

Martial took a long time to get going against Newcastle, leaving Solskjaer wanting more from the striker. The game passed by the 25-year-old and he was finally hauled off in the second half in a below-par United performance on Sunday.

Mason Greenwood’s form hasn’t scaled the same heights as that of the post-lockdown period, but he is very young and has the potential to develop into a world-beater in the future. As far as Cavani is concerned, he has done his job very well and even though the Reds are planning to extend his current deal, Solskjaer should look at a younger striker who can consistently score goals.

In that regard, Andre Silva could be the right fit at United. Silva didn’t have a great spell with AC Milan but has managed to reinvent himself at Frankfurt under the tutelage of Adi Hutter. He has been a goalscoring machine in the Bundesliga for the last two seasons, rightly attracting interest from United and Atletico Madrid.

The Portuguese international could add some firepower to Solskjaer’s attack, whilst bringing in much-needed competition within the squad. At the age of 25, Silva is probably at the right age to take his game to the next level by joining a club like United. So, the Red Devils must do everything possible to sign the striker ahead of the 2021/22 season.