Newcastle United have opened talks with AS Roma over the signing of Carles Perez on a season-long loan with an option to buy. 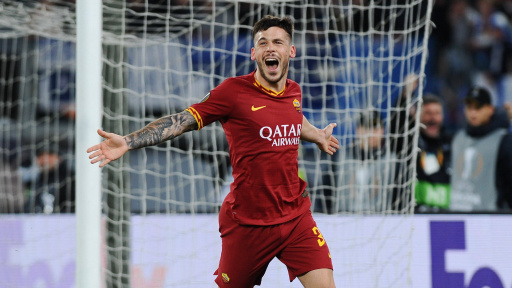 A product of the famous Barcelona Academy, Carles Perez, 23, didn’t get a lot of opportunities at Camp Nou and made just 13 appearances before joining AS Roma initially on loan in January 2020 with an obligation to buy. Last season saw the wide attacker make just 30 appearances across all competitions, scoring three goals.

Now with Jose Mourinho in charge of Roma, Perez might not get much game time in Serie A this season and would want a change of environment. Keeping the 23-year-old Spaniard’s situation in mind, Newcastle United have made a loan offer with the option to buy him on permanently at the end of the 2021-22 campaign.

The Magpies squad is slowly starting to take shape before the start of the brand new Premier League season. They have made breakthrough in talks with Arsenal for midfielder Joe Willock, who could arrive in time to face West Ham at St James’ Park on Sunday.

The clubs have agreed on a fee of £22m for the 21-year-old Willock, who was a revelation at Newcastle after joining on a short loan spell in January. He netted eight goals in what turned out to be a highly successful time with the Toon Army.

With less than three weeks remaining until the end of the transfer window, Steve Bruce must definitely try getting in a couple of new faces to Newcastle.

Star names they may not be but the Magpies are re-establishing themselves as an effective Premier League club under Bruce, and with hopes boosted by the imminent arrival of Joe Willock, there is a growing belief that the Tyneside-based club will once again beat the drop.

However, the Magpies could push for a top-half finish by efficiently bringing in at least two more players before the transfer window slams shut. Bruce’s starting XI isn’t as bad as many think, with players like Martin Dubravka, Federico Fernandez, Jonjo Shelvey and Callum Wilson having a spine that can compete.

Yet, with the Magpies struggling for goals for much of the last campaign, Bruce must bring in someone who can create and score goals in equal measure.

The Magpies must take a punt on Carlos Perez

To put things into perspective, Newcastle are crying out for reinforcements at both ends of the pitch as they look to challenge for a top ten finish, and Carles Perez has all the makings of coming through the door at St James’ Park as an excellent long-term prospect.

Perez is a young, talented wide player but also adept at playing behind the main striker or in midfield. A technically gifted player, the Spaniard’s pace, directness, spatial awareness, as well as acceleration over short distances make him a tailor-made fit for a Newcastle side that found themselves bereft of ideas in the final third last term.

Perez still has his best years ahead of him as an attacking player, and notwithstanding the fact that he has never played in the Premier League before, there have been obvious signs to suggest at Roma that he is more than capable of adapting to the demands of the Premier League. All in all, the Magpies’ interest in the 23-year-old certainly makes perfect sense for a number of reasons.