Newcastle United are eyeing a transfer deadline day swoop for Aston Villa left-back Matt Targett with their top-flight status hanging in the balance. 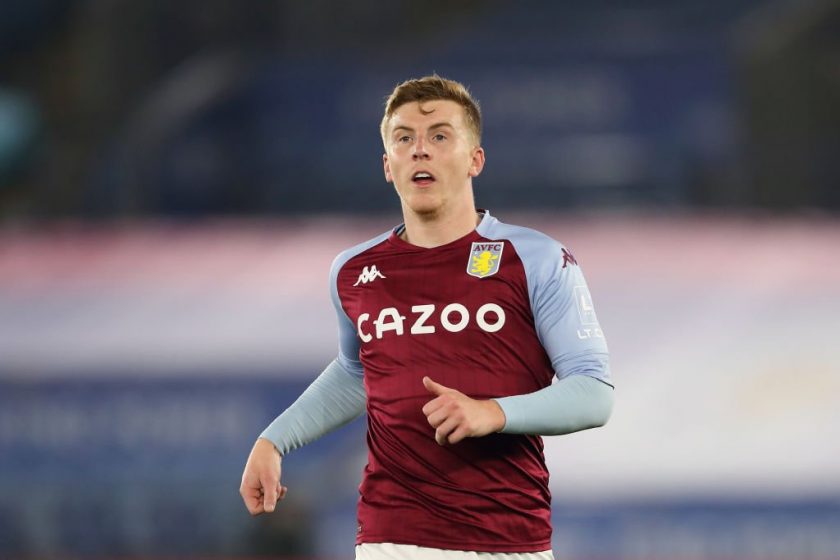 The Magpies have made three signings in the January transfer window after being injected with a massive transfer kitty following the Saudi-led consortium takeover back in October. The recent player to arrive at St James’ Park is Bruno Guimaraes from Lyon in a €50.1m deal. The transfer of Guimaraes follows the signings of Kieran Trippier from Atletico Madrid and Chris Wood from Burnley.

Despite the arrival of three new faces, Eddie Howe is scrambling to strengthen his squad further before the transfer window slams shut. He wants to make his Newcastle squad as strong as possible to avoid relegation to the Championship. And the latest player to be linked with a move to Newcastle United is Aston Villa’s, Matt Targett.

Targett, 26, has become Aston Villa’s second-choice left-back after the signing of Lucas Digne from Everton. Ashley Young is also capable of operating in that position, as is Calum Chambers, who has recently signed from Arsenal.

Having got three players who can play at left-back, Villa boss Steven Gerrard could allow Targett to leave. The 26-year-old has played 17 Premier League games this season, scoring a goal. However, he has been an unused substitute in the Villans’ last two league outings against Manchester United and Everton.

Newcastle boss Eddie Howe is keen to further strengthen a defence that has conceded 43 goals—the second-worst defensive record in the division. Kieran Trippier has looked solid in the two games he’s played so far, but the Toon Army require more quality at the back to beat the drop.

A new left-back is one of Howe’s priorities, with the likes of Matt Ritchie and Jamal Lewis not doing enough. Ritchie is past his prime, while Lewis has struggled with injuries in his second season at the club. Another option to play at left-back includes Paul Dummett, who is injury prone and has recently returned from another injury.

Is Matt Targett the right option for the Toon Army?

Matt Targett could be tempted with a move to Newcastle United having lost his place in Steven Gerrard’s XI. He has been Villa’s first-choice left-back since moving from Southampton in the summer of 2019, racking up 89 appearances across all formats.

Quick, smart and competent with strong crossing ability, Targett would be an instant upgrade over Newcastle’s current left-back options. The 26-year-old has decent Premier League experience under his belt, which could come in handy in Newcastle’s hopes of avoiding the drop to the Championship. He is also entering the peak years of his career and would give Howe’s side reliability down the left side of the defence.

Given how porous Newcastle’s defence has been this season, the addition of Targett would be a wise one. While a deal is not yet in place for the 26-year-old Englishman, Newcastle must intensify their efforts to sign him from Aston Villa to plug one of their big holes in defence.