Burnley have confirmed the signing of striker Wout Weghorst from Bundesliga club Wolfsburg on Monday. He has joined Sean Dyche’s side on a three-and-a-half-year deal, with a fee reported to be in the region of £12million. 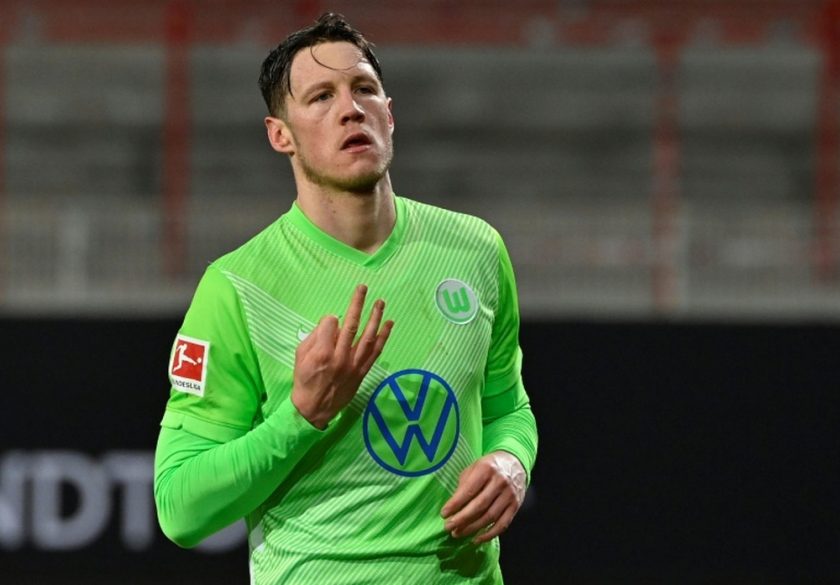 “Wout is a player that our scouts have been strong on for some time and we feel that he can add to all that we do at Burnley,” Sean Dyche told the club’s official website.

“His signing is a continued show of the club’s and team’s development. We wish Wout well as he earns the right to push our group forwards.”

Wout Weghorst, 29, netted 20 goals for Wolfsburg in the Bundesliga last season—only behind Borussia Dortmund’s Erling Haaland (27), RB Leipzig’s Andre Silva (28) and Bayern Munich’s Robert Lewandowski (41). In all, he netted 70 goals in 144 appearances across all competitions for the German outfit.

The Netherlands international arrives at Burnley as a replacement for Chris Wood, who joined relegation rivals Newcastle United earlier this month. While Wood managed just three goals in 17 appearances for the Lancashire-based outfit this season, the Kiwi was a reliable source of goals over the years and losing him to none other than fellow relegation rivals Newcastle meant Dyche had to replace him before the window slammed shut.

Oddly, Weghorst has not been as prolific this season, however, scoring only six goals across 18 Bundesliga games for Wolfsburg. He has big boots to fill in at Burnley, who sit bottom of the Premier League table and are four points from safety. They are on an eight-game winless run and face a crucial six-pointer against Watford on Saturday, which could mark Weghorst’s debut.

Standing at 6ft 6ins tall, Weghorst would provide the physicality and aerial presence in the box. He’s a huge asset to have in the side from set-pieces and is the kind of striker who will thrive in Dyche’s style of play at Turf Moor.

With wide players like Dwight McNeil, Aaron Lennon, Maxwell Cornet and Jóhann Berg Guðmundsson in the side, the Dutchman could be a menace in the opposition’s box and prove a real handful for defenders. If he gets the right service, especially from wide areas, Weghorst will be too hot to handle in the Premier League.

At a reported fee of £12million, Weghorst is a smart deadline day buy for Burnley.