Luka Jovic had a spectacular 2018/19 season for Eintracht Frankfurt, impressing top clubs across Europe. Real Madrid were encouraged to purchase him for a reported €65M after the striker scored 17 goals in 32 Bundesliga matches. Los Blancos were expecting big things from the Serbian. However, Jovic has thoroughly disappointed this season. 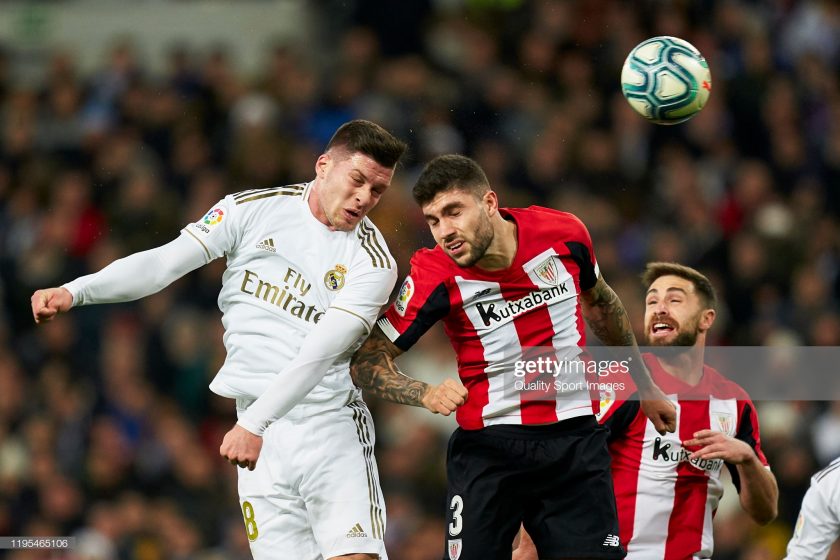 The 22-year-old has amassed an abysmal 2 goals in 24 games, across all competitions in 2019/20 – although he started a majority of games on the bench. As a forward, his season surely couldn’t get any worse. Of course, it did. Towards the start of the global health crisis, Real let Jovic return back to his home country and self-isolate. He was then reportedly caught breaking lockdown rules by going out in Belgrade, receiving threats of arrest from the country’s president.

On Instagram, Jovic responded to this by saying: “I am very sorry that some people did their job unprofessionally and did not give me the correct instructions on how to behave in self-isolation,” Jovic responded in an Instagram post in March. “I apologise to everyone if I have endangered them in some way.”

The Spanish side also confirmed that, during permitted individual training last Monday, Jovic fractured his heel. Describing this as a nightmare season would be an understatement. Despite everything, some clubs are still rumoured to have interest in signing the player. Among these clubs are Arsenal and Newcastle United.

The Magpies have severely struggled going forward this season, with Joelinton proving a massive disappointment. The Brazilian has racked up only 1 goal in 29 Premier League appearances. Similarly to Jovic, the 23-year-old was bought for a hefty fee and has underperformed. Although it is clear that Newcastle need a new striker, Jovic’s season hasn’t pitched that he would be much better.

Also, how would Newcastle – a club turned into turmoil by notorious Sports Direct owner Mike Ashley – afford this deal? Especially with Coronavirus’ effects on football’s finances, this would be merely impossible with Ashley’s reluctance to spend. However, Ashley wouldn’t be spending if this deal goes ahead. It would be Amanda Stavely, Mohammed Bin Salman and the Ruben brothers; the people behind an approaching £300M takeover of the North East club.

The black and white striped side’s loan manager Shola Ameobi has given his verdict on the takeover: “We know that Mike Ashley has wanted to sell the club for a number of years and it hasn’t quite materialised.

“The fans want to see investment poured into the club and if this does go ahead, there is real excitement and buzz as to how and what could happen going forward.

“We have everything here – the fans, infrastructure and stadium – if we get the right owners who want to invest in the right way – the sky’s the limit.”

He also talked about the head coach, Steve Burce, and his position at the club: “I’m a guy who doesn’t like to make rash decisions. Steve Bruce has obviously done a terrific job with what he has had to work with.

“For me, Steve is a manager who is very experienced. My advice would be to stay with what we have.”

Jovic would almost certainly need convincing to join Newcastle. This may have been done already. Former Toon star and compatriot Alexander Mitrovic has reportedly sung praises of the Tyneside club to Jovic amid these links.

Luka Jovic is one of many on a list of Newcastle transfer targets this summer, with the controversial Saudi-backed consortium seemingly ready to give Steve Bruce generous funds. Players with the reputation of Edinson Cavani and Kalidou Koulibaly have even been linked, giving sneak previews that – if this takeover goes forward – the club can return to hosting European football at St. James Park.