The newly-minted Newcastle United are considering making a move for Arsenal star Alexandre Lacazette in the January transfer window. 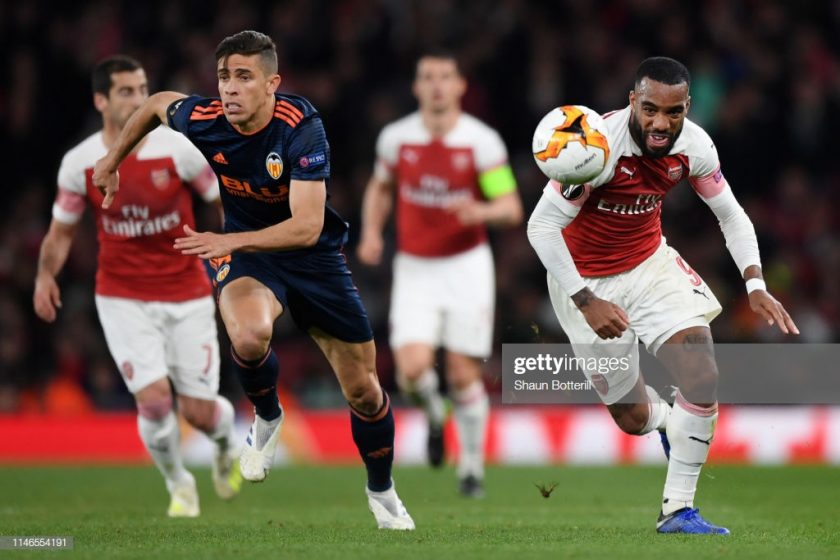 The Magpies have been linked with several high profile players around Europe following the latest takeover by wealthy new owners from Saudi Arabia. The Saudi owners’ primary objective is to sign a marquee player who becomes the face of their big project initially, as they cannot make significant investment straightaway in what will be their first transfer window in January.

One of those high-profile players Newcastle United are targeting is Alexandre Lacazette, who is into the final year of his contract at the Emirates Stadium and doesn’t look like signing an extension. The Frenchman, 30, has found first-team chances at Arsenal limited this season, playing only two Premier League games to date.

The 30-year-old striker continues to play second fiddle to Pierre Emerick-Aubameyang and after a slow individual start to the season, there is an acceptance within the club that Lacazette is not keen to pen fresher terms. With Newcastle interested, this allows Arsenal to cash him in January rather than losing on a free transfer at the end of the season.

With no wins in the first seven games and reeling in the relegation zone, Newcastle are in a spot of bother at the moment and it is understood the new owners have decided to sack manager, Steve Bruce. As things stand, firing Bruce after a woeful start to the new top flight season seems like a way forward into a new era and fresh start for the Magpies hierarchy.

Whoever succeeds Bruce at St James’ Park will need to address some major issues in January to help the club avoid relegation. To that end, reinforcing the attacking options during the mid-season trading period could prove to be a smart piece of business and someone like Alexandre Lacazette, who boasts of a tally of 50 goals in 150 Premier League appearances for Arsenal, certainly fits the bill.

With Callum Wilson, Joelinton, Dwight Gayle, Miguel Almiron and Allan Saint-Maximin all in the ranks, the Toon Army are certainly not short of attacking options at the moment, but it is imperative to point out that the five players have shared only 8 goals among them in seven games so far.

Wilson started the season well with two goals in three games but he has been sidelined since late August with a thigh injury. Gayle has very much been a peripheral figure when it comes to his involvement in Newcastle’s starting eleven in the league this season, while Joelinton is yet to repay Steve Bruce’s faith in his abilities with a goal.

Alexandre Lacazette would be a smart addition to the Magpies squad

Alexandre Lacazette, though never been a prolific goalscorer for the Gunners, did well in the 2020/21 campaign with 17 goals in 43 appearances across all competitions, and bringing him in could add that extra bit of firepower to Newcastle’s squad, something that they have been missing thus far this season.

The France international is a hard-working, tenacious striker who bursts into life in the box. He has a decent turn of pace, can drop deep to link play and get at the end of crosses to score goals. The former Lyon star can be a devastating player if afforded time and space on the ball in and around the box.

Thus, a deal for a striker with proven pedigree in the Premier League and likely on a cut-price deal in January would be a real coup, nevertheless, and one that might just transform Newcastle United’s fortunes in the second half of the season when every single point will weigh in gold.