Liverpool are weighing up a January swoop for Fiorentina midfielder Sofyan Amrabat, who is currently starring with the Morocco national team at the World Cup in Qatar. 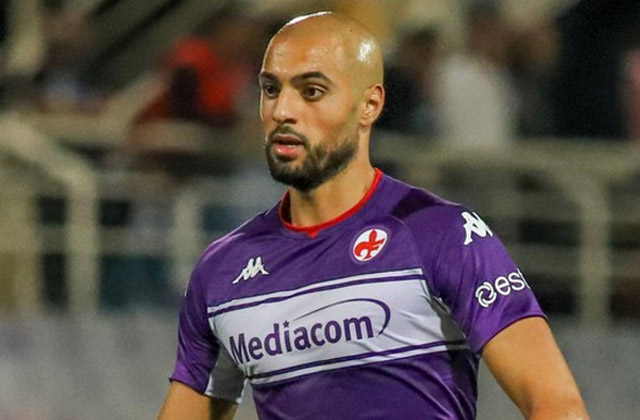 The defensive midfielder, 26, has impressed with his performances during the World Cup and was part of a Morocco side which secured a shock 2-0 win over Belgium in the group stages earlier this week. The African nation now needs just a point to qualify for the knockout rounds heading into the final group-stage fixture against Canada.

Sofyan Amrabat only earns €1.8million-a-year at Fiorentina but would earn substantially more if he agrees to join Liverpool midway through the season. And the Morocco international would reportedly be interested in leaving Fiorentina for Liverpool if there is a rise in wages, whilst the lure of Champions League football should be difficult to turn down.

As a result, Fiorentina would find it very difficult to hold onto the 26-year-old midfielder if the Reds table an eye-catching offer.

Liverpool boss Jurgen Klopp has already made it clear that he is in the market for a midfielder after a poor start to the 2022/23 season. The likes of Jordan Henderson, Thiago Alcantara and Naby Keita have been out for large parts of the season, while Alex Oxlade-Chamberlain is very much a fringe player and is expected to be released when his contract expires at the end of the season.

At 36, James Milner is at the twilight of his career and doesn’t start many games for the Reds. Fabinho, who has been crucial to Liverpool’s success in recent years, has been a shadow of his former self this season whereas Arthur Melo’s loan move from Juventus is highly unlikely to be turned permanent.

Given Liverpool’s grave midfield woes, alongside Oxlade-Chamberlain and Keita’s contracts expiring in the summer of 2023, it is no surprise that Jurgen Klopp has made the signing of a midfielder a top priority in the coming windows.

The Reds plot a January swoop for Sofyan Amrabat

Impressed with his performances for Morocco at the ongoing showpiece event, Liverpool are planning to make a move for Sofyan Amrabat in the winter transfer window.

A solid midfield enforcer, Amrabat has been a reliable performer for Fiorentina ever since arriving from Hellas Verona in 2020. He has been a mainstay in midfield this term, making 20 appearances for the Serie A outfit. He has also filled in as a centre-back for the Florence-based club.

The Dutch-born Morocco international has the qualities to thrive in Klopp’s high-pressing and intense system at Liverpool, while competing with Fabinho for the No.6 role in the team. Amrabat would also be an experienced head to have around young talents such as Harvey Elliot, Fabio Carvalho and Curtis Jones in the dressing room.

Fresh from his exploits at the World Cup, Amrabat could make an immediate impact at Anfield if Liverpool manages to get a deal over the line next month.