Liverpool are interested in signing Sheffield United’s Sander Berge, with manager Jurgen Klopp an admirer of the midfielder. 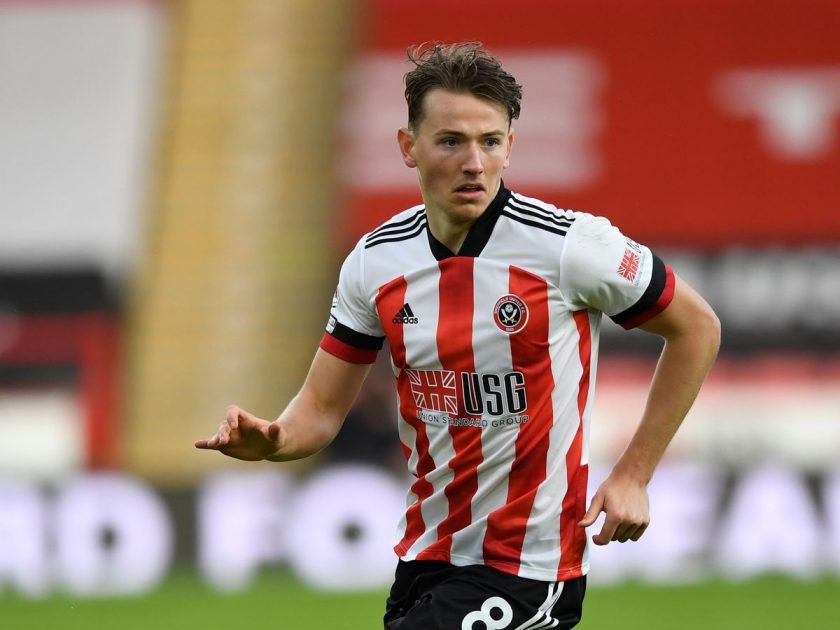 Sander Berge, 23, moved to Sheffield United in January 2020 after impressing for Belgian club KRC Genk, becoming the Yorkshire-based club’s record-signing at £22million. However, he has struggled with fitness problems and has made just 13 Premier League appearances this season, registering a goal and an assist for the Blades.

With Sheffield United relegated from the Premier League, the Norwegian international’s time at Bramall Lane could be coming to an end. The midfielder’s situation has alerted a few Premier League clubs, including Tottenham Hotspur and Aston Villa. Despite the Blades dropping down to the Championship, Berge, who has a contract until 2024, isn’t expected to be available on the cheap this summer.

Meanwhile, Liverpool have royally failed to defend their Premier League title this season and currently lie outside of the top four. Defensive Injuries have crippled Jurgen Klopp’s side, with all three centre-backs in Virgil van Dijk, Joe Gomez and Joel Matip ruled out for the campaign. With five games left to be played, the Reds will do everything possible to get into the Champions League spots.

Liverpool must sign a midfielder during the summer transfer window

One of Liverpool’s major problems this season has been the fact that they have hugely lacked goal-threat from outside of their forwards— Sadio Mane, Mohamed Salah, Roberto Firmino and Diogo Jota. The Merseyside club’s central midfielders have contributed to just eight goals in all formats so far, which is almost four times less than last season’s tally.

Injuries and poor form to some of their key players in the middle of the park haven’t helped the Reds’ cause either. Jordan Henderson remains out with an injury and he’s been a big miss for Klopp’s side. Thiago Alcantara hasn’t lived up to the standards expected of him since arriving from Bayern Munich in the summer and Fabinho has mostly played in central defence, while Naby Keita and Alex Oxlade-Chamberlain haven’t played much football this term.

Georginio Wijnaldum has been a key player for Klopp, chipping in with 22 goals and 16 assists in 232 appearances for the Reds. However, he’s out of contract at the end of the season and has failed to reach an agreement over a renewal with the club. At 35, James Milner is past his prime and needs replacing sooner rather than later.

To come roaring back in 2021/22 season, Klopp must freshen up his squad in the summer. With Wijnaldum a certainty to leave in the summer, Milner in his twilight and Keita’s Anfield career blighted with injuries, the German tactician must definitely sign a midfielder in the upcoming transfer window.

Sander Berge could be a smart fit at Anfield

Sander Berge is linked with a move to Liverpool and for all the right reasons. The 23-year-old has done very well for Sheffield United when fully fit and deserves a chance to stay in the Premier League. The Norwegian is a versatile midfielder who is equally adept at breaking attacks and going forward. He has also got decent European experience under his belt with Genk, which Liverpool could benefit from if they manage to land him.

At 23, Berge has a bright future ahead of him and could develop into a top midfielder under the guidance of Klopp. He has the qualities to succeed at Anfield; so Liverpool must take advantage of Sheffield United’s relegation and aim to sign the Norwegian international to bolster their midfield options ahead of the 2021/22 campaign.