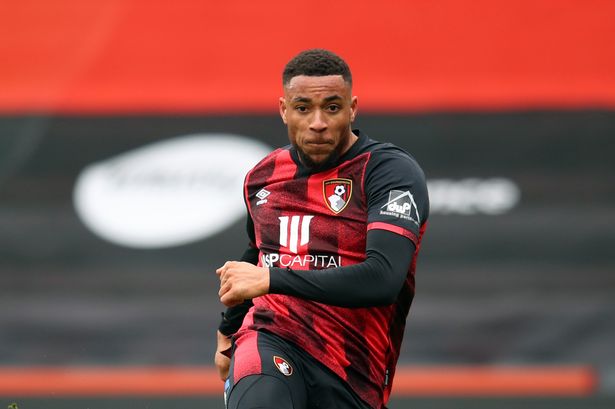 Arnaut Danjuma, 24, had an excellent campaign with Bournemouth in the Championship, registering 17 goals and eight assists from 37 appearances. The Dutchman scored in both legs of the semi-final play-offs against Brentford, but it wasn’t enough as the Cherries suffered a 4-2 aggregate loss.

After failing to secure an immediate return to the Premier League, Bournemouth may have to sell one of their key players this summer. The south coast club face a fight to keep hold of Danjuma, who has one of the most impressive players in the Championship this past season.

The 24-year-old forward’s performances has certainly gone unnoticed, with Wolfsburg and Lyon among the European clubs also keen on securing his signature.

As far as Leicester City are concerned, the club is likely to be busy in the summer transfer window after a successful campaign that included their first-ever FA Cup trophy. While the disappointment of failing to make the Champions League for the second campaign running will be there, it is noticeable the Foxes have come a long way under Brendan Rodgers.

Brendan Rodgers has done a fantastic job at the King Power Stadium by building an exciting team with a mix of talented youngsters and experienced campaigners. He has given an identity to Leicester City’s style of play, which they sorely lacked under his predecessor Claude Puel, whilst making his team fearless when approaching the Premier League’s ‘Big Boys’.

However, Rodgers is still a couple of quality signings short to realistically challenge for a place in the top four. With Wes Morgan hanging up his boots and Christian Fuchs off to the US, one might think the Northern Irishman prioritises reinforcing his backline. In addition, he could also lookout for a quality winger this summer.

Cengiz Under is heading back to AS Roma after failing to impress on loan, leaving Marc Albrighton and Harvey Barnes the only real wide players in the squad. Albrighton isn’t a winger with high productivity, while Barnes missed the Foxes’ last 12 Premier League games with a serious knee injury.

Although Barnes will be back fit in time for Leicester’s pre-season, Rodgers will have to manage him with a certain degree of caution next season.

Arnaut Danjuma could be a shrewd signing for the Foxes

To put things into perspective, a prolific winger would be an excellent addition to Rodgers’ squad and a player like Arnaut Danjuma would fit the bill perfectly.

Danjuma had a taste of Premier League football after joining the Cherries from Club Brugge in the summer 2019 transfer window. The winger has proven the creative edge and goal threat he can bring with Bournemouth at the time Leicester City need quality. In fact, he looked far too good for the Championship level.

The two-cap Netherlands international would be an instant upgrade on Albrighton, whilst bringing competition within Rodgers’ squad. Danjuma has the required qualities to provide potency in the final third for Leicester, as demonstrated by his exciting displays with the Cherries last season.

However, considering that Danjuma’s current deal at the Vitality Stadium is set to run until the summer of 2024, Leicester City may have to pay a sizeable fee in order to secure his signature.