Everton are in talks with Salomon Rondon over a two-year deal as Rafael Benitez looks to beef up his squad on the transfer deadline day. 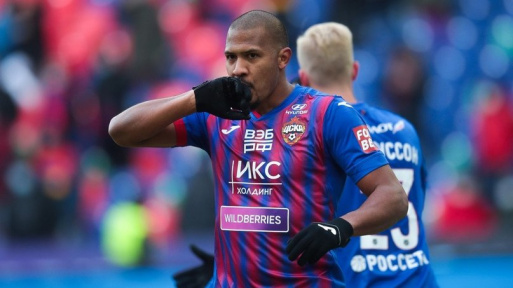 Salomon Rondon, 31, joined Chinese side Dalian Yifang after enjoying a productive loan spell in the Premier League at Newcastle United from West Brom as he flourished under the then coaching of Rafael Benitez. The centre-forward netted 11 goals for the Magpies and chipped in with seven assists in 32 league appearances, helping the Tyneside-based club finish 13th on the table during the 2018/19 campaign.

However, a deal for the Venezuelan international is presently being complicated by the fact that he is owed a sizeable amount of money from Dalian Yifang. Should the Chinese club clear up the needed financial aspects, the Toffees could sign Rondon on a free transfer. There is hope a deal can be done before the transfer deadline day.

Everton have added four new players to their squad, out of which two are goalkeepers on free transfers. Rafael Benitez wants to do some more business before Tuesday’s transfer deadline day.

Everton need a centre-forward to compete with Dominic Calvert-Lewin

The Toffees have enjoyed a decent start to the season, amassing seven points out of a possible nine. Demarai Gray is relishing life in Merseyside and shaping up to be the bargain of the transfer window with two goals in three games. He has combined well with the likes of Andros Townsend, Richarlison and Dominic Calvert-Lewin in the final third, scoring against Leeds United and Brighton respectively.

Despite Gray showing signs that he can ease the goalscoring burden off Calvert-Lewin and Richarlison’s shoulders, Benitez must not ignore the fact that Everton need an out-and-out striker this term. Moise Kean has left Everton to re-join his boyhood club Juventus on a two-year loan with an obligation to buy the 21-year-old £24m in 2023.

Kean’s departure has left Benitez with just Calvert-Lewin as the only recognised number nine in the squad. Calvert-Lewin, who was Everton’s top scorer last season with 16 goals, has withdrawn from the England squad because of a thigh injury. The English striker sustained an injury during last weekend’s 2-0 win over Brighton and, as a result, will miss September’s World Cup qualifiers.

That makes signing a striker an absolute necessity for the Merseyside outfit and they must look to bring in Salomon Rondon.

Salomon Rondon would be a reliable addition to the Toffees squad

Rondon spent the second half of last season on loan with CSKA Moscow, scoring four goals in 10 games as well as supplying two assists. For Dalian Yifang, he racked up 14 goals in 28 games. The Venezuelan centre-forward netted 40 goals in 155 appearances combined for West Brom and Newcastle United.

Benitez seemingly wants a reunion with the 31-year-old, who he signed for Newcastle and Dalian. Rondon is a big, burly striker known for his physicality, aerial prowess and hold-up play. He is excellent with his back to goal, likes to drop deep to hold the ball up and bring his teammates into the game. The former Malaga man would bolster Everton’s attack, whilst being a competent back-up to Calvert-Lewin.

For now, Rondon has emerged as a target for Everton, and it remains to be seen if he ends up making his way to Merseyside before the transfer window slams shut.