Crystal Palace are eyeing a summer swoop for Fulham midfielder Andre-Frank Zambo Anguissa, who is currently on a season-long loan with Napoli. 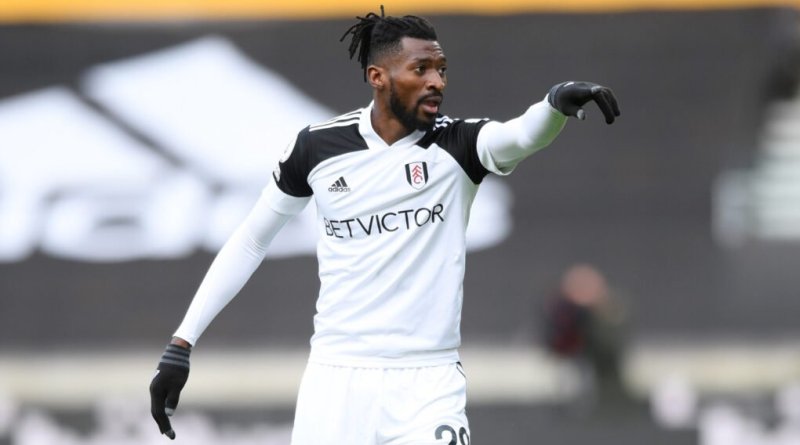 The Cameroonian international, 25, has mightily impressed at Napoli, featuring 10 times in Serie A. He has played a crucial role in the Naples-based club’s rise to the top of the Serie A table, with Luciano Spalletti’s side unbeaten so far this season along with AC Milan.

Napoli have an option to buy Andre-Frank Zambo Anguissa from Fulham at the end of the season for just €15m but Crystal Palace boss Patrick Vieira, who is understood to be a big fan of the central midfielder, remains keen on hijacking the deal. Vieira hopes he can convince the south London club to spend big next summer and land the Cameroonian, as a potential replacement for Chelsea loanee Conor Gallagher.

Conor Gallagher, 21, has been a revelation at Crystal Palace this season, contributing four goals and two assists in 10 appearances. However, the central midfielder is set to return to Chelsea when his season-long loan expires next summer.

Fulham want a fee in the region of £20million for Anguissa but there are chances of the fee coming down due to the 25-year-old having just one year left on his Fulham contract come next summer.

Crystal Palace have recovered after a slow start to the season, with Patrick Vieira getting a grip on his team in recent weeks. They are unbeaten in their last Premier League games and signed off for the year’s last international break with an impressive 2-0 home victory over Wolverhampton Wanderers at the weekend.

The Eagles have a few immediate problems in the squad that would need reinforcing over the next few transfer windows. One of them is their ageing midfield, with James McArthur, Luka Milivojevic and Cheikhou Kouyate all in their 30s. Eberechi Eze is the only real prospect but the creative midfielder is slowly returning back to fitness after recovering from a serious Achilles tendon injury sustained during last season.

With Gallagher set to return to Chelsea after his loan spell ends at the end of the season as he wants to make the grade at Stamford Bridge, Vieira will feel the need to bring in a reliable option to provide stability and refresh the midfield unit.

Is Andre-Frank Zambo Anguissa a good fit at Selhurst Park?

Andre-Frank Zambo Anguissa has caught Vieira’s eyes with his dominating midfield displays at Napoli. The 25-year-old, known for his passing, tackling, work rate and stamina, can cover plenty of ground and operate in different midfield positions due to his versatility, while his physical traits is a big plus for any Premier League side.

The Cameroonian international has decent experience in English football and that’ll certainly help if a move to Crystal Palace materialises next summer. Adding a tough-tackling, robust and combative midfielder like Zambo Anguissa would help Crystal Palace build a strong platform for the upcoming few years.

However, the Eagles will have to fight tooth and nail to stop the 25-year-old midfielder from permanently moving to Napoli at the end of the 2021/22 season.