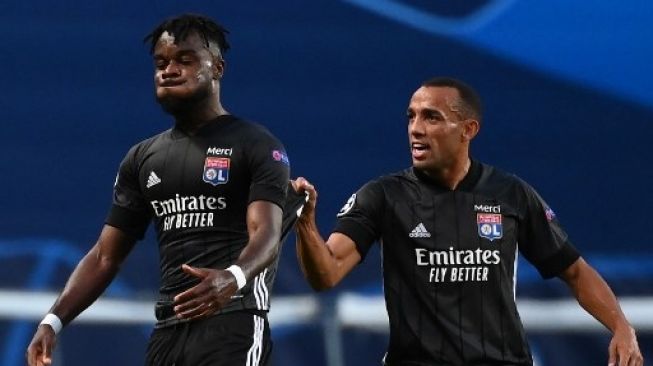 Maxwel Cornet, 24, has been at Lyon since joining from FC Metz back in 2015. The winger has gradually grown into a first-team player at Lyon and has made over 250 appearances in all competitions, scoring 51 goals and providing 29 assists on top of that.

While the Ivory Coast international started out as a winger, with some success, he has been converted into a left-back in recent times. Cornet had a fine 2020/21 Ligue 1 season that saw him register two goals and five assists in 36 games, thereby, catching Burnley and Hertha Berlin’s eye.

Burnley were embroiled in a relegation dogfight for the majority part of last season and Sean Dyche knows he must improve his squad to avoid such a scenario again. The Clarets lacked enough quality and depth at both ends of the pitch, while they also had to cope with injuries to a few key performers.

Scoring goals were a massive problem for Burnley

Burnley aren’t that attractive on the eye; a strong, resolute team that involves players compressing the pitch and making it very difficult for the opposition to penetrate. Surprisingly, the Lancashire-based outfit were very open and disorganised at the back last season as Dyche’s side conceded a whopping 55 goals in 38 games.

At the other end of the pitch, though, they usually struggled to score goals, with striker Chris Wood being the only bright spark. The Clarets managed only 33 goals during the entire 2020/21 league campaign, which is a very poor return and one that undoubtedly calls for improvement.

Dyche has just Dwight McNeil and Johann Berg Gudmundsson as his options as far as the wide department is concerned. McNeil is one of the very few creative players Burnley have, someone who is more than capable of creating or scoring a goal out of nothing. Gudmundsson hasn’t proven himself to be a consistent player for Dyche and isn’t good enough to start regularly in the Premier League.

Clearly, Burnley do not have much quality and depth in the wide areas of the pitch that can help them challenge for a top-half finish next term. Thus, Dyche must make the signing of a winger one of his top priorities this summer transfer window.

Maxwel Cornet could make an immediate impact at Turf Moor

Lyon star Maxwel Cornet is the latest player to be linked with Burnley. A diligent, energetic, and versatile player, the 24-year-old’s profile is something that Dyche admires and values working with. Being a versatile operator, Cornet, who has starred at left-back for Lyon in recent times, is more than capable of playing in wide areas.

Blessed with a good turn of pace and ability to outwit defenders with his dribbling skills, the Ivory Coast international would add some much-needed potency to Burnley’s attack. Cornet also has an eye for goal, having netted 51 times for Lyon so far. He is an exciting player who can get the supporters off their seats with moments of brilliance.

Cornet’s versatility, along with his ability to both score and create goals, would appeal to Dyche. Thus, Burnley must do everything to their powers to beat Hertha Berlin for the Lyon star’s signature.