Brighton and Hove Albion are close to signing Stuttgart forward Nicolas Gonzalez after failing to land him last summer. 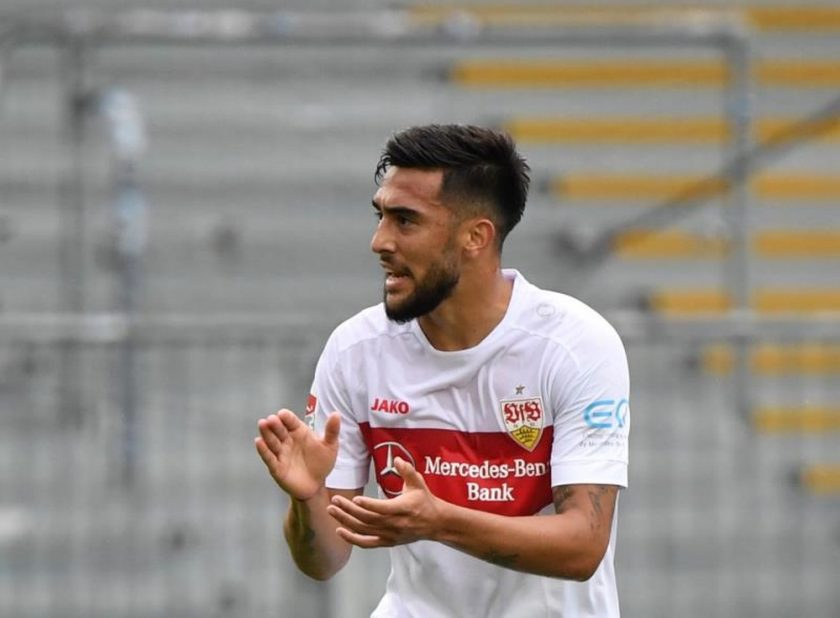 Nicolas Gonzalez, 23, moved to Stuttgart from the Buenos Aires club Argentinos Juniors in 2018. He had an injury-hit last campaign in the Bundesliga. This limited him to only 15 league appearances, where the forward netted scored six goals and registered two assists.

The 23-year-old has been tracked by Brighton for some time now. Graham Potter’s side tried to sign him last summer for around £15 million but pulled the plug when Stuttgart suddenly raised their price to £20 million.

Fiorentina have registered their interest in Gonzalez, who is currently playing for Argentina in the Copa America in Brazil. However, Gonzalez is believed to be keen on a move to the Premier League, with Brighton optimistic of landing the forward this time around.

The Seagulls will be playing Premier League football for the fifth year running having finished 16th in the table last season. Graham Potter and co. are already busy at work pursuing transfer targets, as they look to add further quality to their squad over the summer window.

Graham Potter must add more firepower to his squad

Potter has done very well since arriving at the Amex Stadium, helping Brighton to play an exciting, possession-based style of football. However, he has his work cut out this summer, considering the Seagulls’ tally of 40 goals scored and 46 conceded last season.

To that end, the south coast club will surely have to improve on that goalscoring record if they are to challenge for a top-half finish next term. Neal Maupay was the club’s top scorer with just eight goals, while the rest of the forwards—Danny Welbeck, Aaron Connolly, Leandro Trossard, Alexis Mac Allister and Alireza Jahanbakhsh—managed just 18 goals among them.

Thus, it is clear Brighton can’t really afford to rely too heavily on Maupay or Trossard to deliver the goods in front of goal week in, week out. They need someone who can consistently find the back of the net, whilst contributing to the neat and steady build-up play.

Will Nicolas Gonzalez be a good fit at the Amex Stadium?

To put things into perspective, Nicolas Gonzalez might not boast of the most prolific record but he looks like a handy option for Brighton moving forward.

The 23-year-old has carved out a big reputation for himself in the Bundesliga as a versatile forward and the Seagulls have now set their sights on bringing him to the Amex Stadium in a bid to bolster their attack.

A goal-poacher, he seems to have a bit of everything in his game to adapt to the style of play in the Premier League. As well as his quality in front of goal and ability to play in different positions across the front line, Gonzalez has the potential to improve as he’s just 23.

The Argentinean international’s experience in the Bundesliga means that he could possibly come through the door at the Amex as an immediate game-changer. All in all, Gonzalez’ capture this summer would be a real coup for Potter’s Brighton.