History remembers winners, not losers. And that’s exactly why each footballer gives his utmost when playing a final. So, it’s not surprising that these games are almost always packed with excitements. Since the year 2000, the world of football has witnessed some really interesting finals, but these five really stand out! 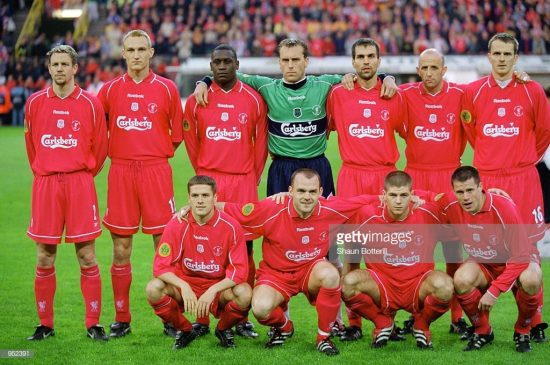 The match was interesting from the very beginning, as Liverpool’s full back Babbel scored an early goal in the 4th minute. Only 12 minutes later, a future Liverpool legend, Steven Gerrard made it 2:0. Alaves retaliated in the 27th minute with a goal by Ivan Alonso, but McAllister made it 3:1 from the penalty spot just four minutes before the half time break.

We then saw Javi Moreno scoring twice in the space of just three minutes, making the score equal in the 51st minute. More than twenty minutes later, Robbie Fowler brought a lead to the Reds, but Jordi Cruyff, Johan’s son, canceled Liverpool’s lead with a late equalizer.

In 2001, the golden goal rule was in motion, which meant that who scores first in the extra time, wins. And in the 117th minute, Liverpool did exactly that, although with a little help from Alaves’ defender Delfí Geli who scored an own goal.

The second most entertaining final on our list is the one that took place in 2013 when two German teams met at London’s Wembley Stadium to decide who’s gonna lift the Champions League trophy. This was the first all-German Champions League final, so you might think it wasn’t too much in the spotlight outside Germany. However, this became the most-watched Champions League final ever, with more than 360 million viewers tuning in!

And they got to watch a real spectacle. To be fair, the first half was a bit dull as it ended 0:0. But, then in the second half, we saw some really memorable moments, especially after Mandzukic brought the lead to Bayern Munich in the 60th minute. BVB then went all-in and their risks paid off eight minutes later when a penalty was awarded. The score remained 1:1 till late in the match, but then in the 89th minute, Arjen Robben scored the winner.

It’s common knowledge that Celtic has really passionate fans, but did you know that more than 80,000 of them traveled to Seville in 2003 only to attend the UEFA Cup final in which their team played against Porto. It’s a really large number, especially knowing that Glasgow, Celtic’s hometown, has a total population of about 500k. And roughly half of them support the other club, Glasgow Rangers.

It’s not a surprise that most of the 80k Bhoys had to watch the game from pubs and tapas bars all over Seville, as the venue at which the final was played had a much smaller capacity. But, those who managed to get ahold of the tickets to the stadium got to enjoy a super-exciting game.

The score after 90 minutes was 2:2. Henrik Larsson scored both of Celtic’s goals, while the goals for Porto were labored by Alenichev and Derlei, who has later crowned the man of the match. Obviously, the game went to extra time. Just 5 minutes before the penalties, Derlei scored his second, bringing his team the trophy.

Perhaps even more importantly, winning the UEFA Cup 2013 meant that Porto’s manager got in the spotlight, giving himself the nickname the Special One. Yes, you’ve guessed it correctly, we’re talking about Jose Mourinho.

Here’s a match that’s still very much in everyone’s minds, even though more than 16 years have passed. The reason why everyone still remembers it isn’t that it was particularly packed with excitements, but because it produced one of the most famous sent-offs in football history. 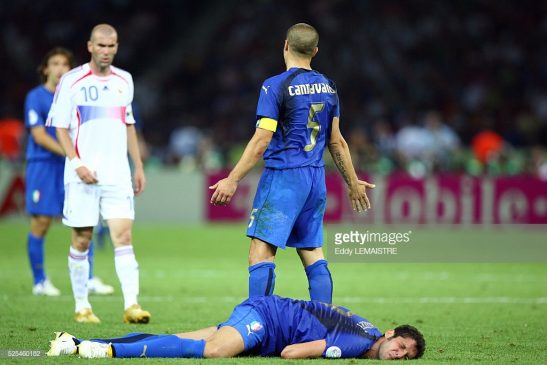 If you still haven’t figured it out, we’re talking about Zinedine Zidane head-butting Marco Materazzi, after the Italian allegedly insulted his family. Many still feel that Materazzi deserved to get his ass kicked, but Zidane got a red card for that.  And that probably cost his team the title.

If your memory of this game has faded away, the score after 90 minutes was 1:1 and the match had to go to the penalties. Without Zidane in the team, France didn’t do so well in the penalty shootout. Actually, they missed only one, but Italy scored all five.

Dubbed as the Miracle of Istanbul, this match will always be remembered as one of the biggest comebacks in football history. AC Milan, who were big favorites before the match, had a flying start of the game.

They scored the opener in the very first minute, when their captain, Paolo Maldini volleyed the ball into the net, making himself the oldest scorer in Champions League history. It was a 39th minute when Hernan Crespo scored his first goal. Five minutes later, he scored the second, making it AC Milan vs Liverpool 3:0 at the half time.

Who knows what Rafa Benitez told to his lads in the locker room, but the Reds we saw in the second half weren’t those we saw struggling in the first 45. Less than 10 minutes into the second half, Gerrard scored the first goal for Liverpool. Smicer scored the second just two minutes later. And at the hour mark, the score was 3:3. The scorer was Xabi Alonso.

From then on, the match went to the extra time and finally to the penalties where AC Milan missed three out of five. This includes the one taken by Shevchenko whose effort was denied by Liverpool’s goalie, Jerzy Dudek, which meant that the trophy was going to the Reds.