Gonzalo Higuain has left Juventus and joined AC Milan on an initial season-long loan for €18 million, with a clause to make the move permanent next summer for an additional €36m. Italy defender Caldara also joined the team from Milan, while Leonardo Bonucci returns to Juve after a year away. 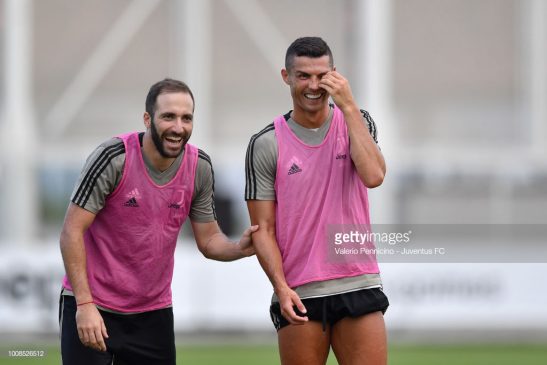 Argentina striker Higuain scored 16 Serie A goals last season, but after Cristiano Ronaldo joined to the club from Turin, seems that there is no place for Gonzalo Higuain.

The Argentinean international players, who appeared in three games at the World Cup, set a Serie A scoring record with 36 goals for Napoli in 2015-16. After that he moved to Turin and became one of the most loved players in Juventus.

There were some rumors that he could move to Chelsea, but he has decided to continue his career in Serie A.

Leonardo Bonucci will return in Juventus on a five-year deal under 2023, after only one season in AC Milan. He successfully played for Juve and helped them win six successive Serie A titles.