Since the departure of Ronaldo, Real Madrid are not the same team we were used to watching in previous seasons. Prior to Ronaldo departure, it would be hard to imagine losing one player would weaken the team to such an extent. But with rumors of another star player wanting to leave Real Madrid has some serious issues they need to take care off. 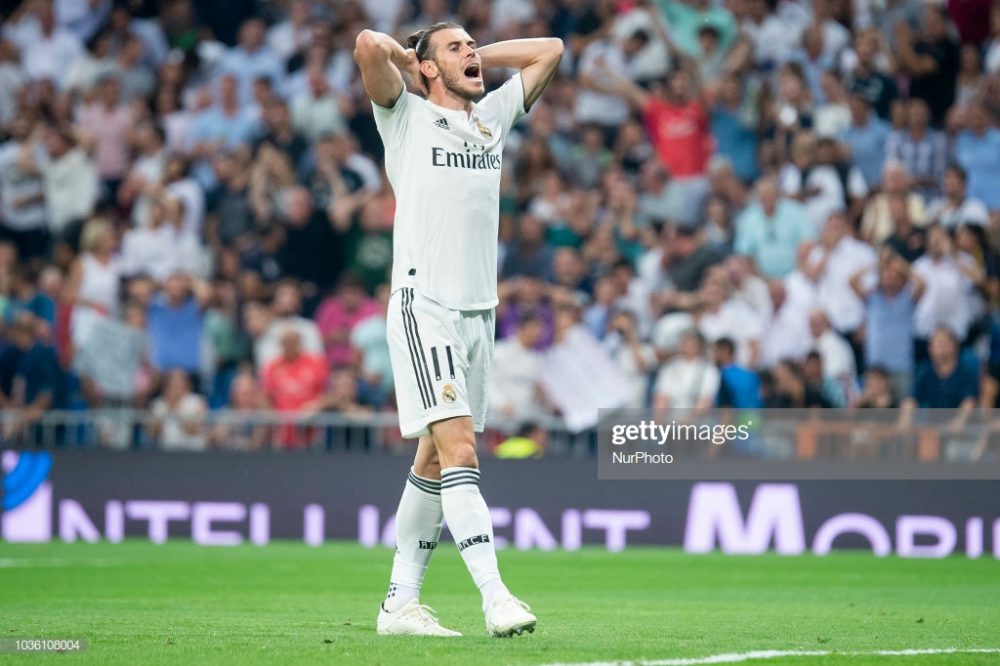 There is no way of hiding it now. Real Madrid are struggling on and off the pitch. If the 0:3 defeat against their arch-rivals in Copa del Rey was not enough, Real lost against Barcelona in the league match only a couple of days later as well. And as a “cherry on the cake”, Los Blancos reached the new season low when they were humiliated by the Netherland side Ajax in the return leg of the Champions League when they lost 1:4. With poor performances in LaLiga, Copa del Rey and most notably the disastrous performance in the Champions League, Real Madrid fans are clearly frustrated. While their frustration is justified, what makes it even worse is that they decided to target the Welsh winger, Gareth Bale as their punching bag to release their frustrations on.

Despite having won four Champions League titles with Real Madrid since 2013 when Gareth Bale joined from Tottenham, his image among fans has not improved, mostly due to speculations he has not learned Spanish yet and that he refuses to socialize with his teammates. Even the former Real Madrid president Ramon Calderon had some words to say about the Welsh footballer.

“It’s true that he wasn’t the leader people expected here, after Cristiano departure.” “He showed a lack of commitment. People are not happy – they saw how he shrugged off his team-mates when they went to celebrate a goal with him last La Liga match and also his injuries.”

While it may seem Gareth Bale is just another black sheep for fans to release their frustrations, not everything is just black and white. It’s hard to not notice Gareth Bale is not enjoying his time at Real Madrid. The fact that he failed to learn Spanish in almost 6 years is only the tip of the iceberg. It has also been reported numerous times before Bale left Real Madrid matches before they even finished, which is a clear indicator of his lack of commitment. Real Madrid is one of the best clubs (if not the best) in the history of the sport and with that, players that join Los Blancos are expected to show respect and commitment to the club and the badge they represent. That is clearly reflected in their fans, who are loyal, supportive, but also demanding of players to show their respect and commitment. This is where Gareth Bale failed. The fans frustrations over Gareth Bale reached its peak on Sunday when Real Madrid played against Barcelona at Santiago Bernabeu.

Gareth Bale agent Jonathan Barnett dismissed speculations Bale would leave Madrid this summer and also added his thoughts on the incident in on Sunday, describing the treatment of his client by supporters as a “disgrace”. On one side he is right. Gareth Bale is a part of the club for almost 6 years and in that time, he was solely responsible for many good memories and achievements of Real Madrid, which is why he deserves respect, however, he does not make it easy for fans to like him. Since Gareth Bale arrival at the club and watching him play, I came to a conclusion; he is not a Real Madrid player. He is good, maybe even better than all other players Real has at the moment, but he is not a Real Madrid player.

The 29-year old remains contracted with Madrid until 2022, however, he has been linked with two English football clubs if he decided to leave in summer. Those two clubs are Manchester United and his former club Tottenham. I would not be surprised if more clubs join in the fight for Welsh winger, however as it stands now Manchester United are reported to be the first in line. At the end of the day, Gareth Bale would be a great addition to any team, but when push comes to shove, it will all come down to his decision.