Everton signed Joshua King on loan from Championship side Bournemouth after beating Fulham to the striker’s signature on the transfer deadline day. He has returned to the Premier League after joining Carlo Ancelotti’s side on an initial six-month contract with the option to extend at the end of the season. 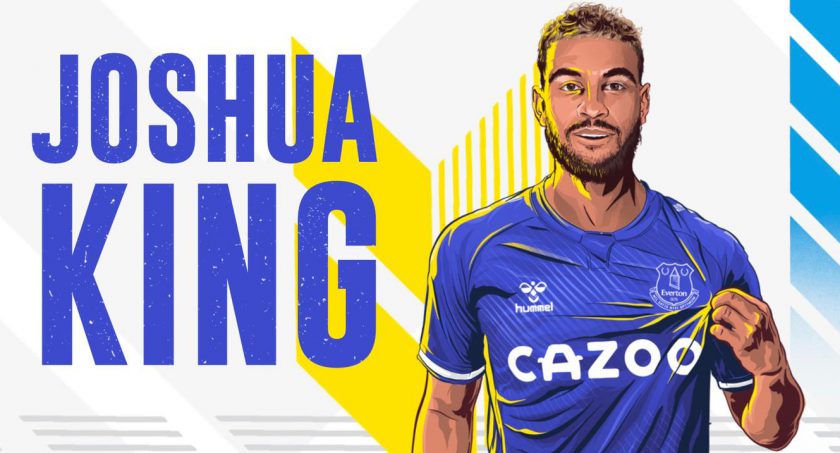 Joshua King, 29, suffered relegation with Bournemouth last season as the club finished 18th in the Premier League standings. The Norwegian international started just five Championship games for the Cherries all season and only managed goals against League Two opposition in the form of Oldham Athletic and Crawley Town in the FA Cup.

The 29-year-old, whose last appearance in red and black was against Reading last Friday, had just six months left in his contract at the Vitality Stadium having joined the club from Blackburn back in 2015.

Meanwhile, Everton earned a rare victory at Elland Road as they beat Leeds United 2-1 in a riveting contest on Wednesday to move up to sixth in the table. The Toffees have been inconsistent lately, winning just twice in their last five league fixtures after starting the 2020/21 campaign on a high.

Carlo Ancelotti’s men have managed just 31 goals in 20 games so far. Dominic Calvert-Lewin has hit great heights this season, spearheading Everton’s attack with 12 goals in 19 league appearances. Calvert-Lewin has been well supported up front by Richarlison and James Rodriguez. However, Richarlison has failed to live up to the high expectations, netting just two goals in 16 league appearances.

Moise Kean was allowed to leave on loan to Paris Saint-Germain during the summer transfer window, while Cenk Tosun joined Besiktas on loan for the rest of the season last month. Everton didn’t really possess too many quality alternatives in the striker department and following Tosun’s temporary departure in January, it was wise from the Merseyside club to bring in a centre-forward to compete with Calvert-Lewin and Richarlison.

King’s signing is a smart move from Everton

As it is a gruelling campaign where games are coming thick and fast, Ancelotti must carefully manage the workload of Calvert-Lewin and Richarlison. Signing a striker, therefore, was of paramount importance and the arrival of Joshua King would largely benefit Everton.

King is a proven commodity in the Premier League having netted 48 goals in 161 appearances for Bournemouth. He enjoyed his best season in the English top-flight during 2016/17 when netting 16 goals in 36 appearances.

Besides his obvious ability to score goals and chip in with assists, the Norwegian international also offers a lot with his versatility. A striker by trade, the 29-year-old can also operate as a second striker or at left out wide. A handful in the air, King likes to upset opposing defences and make a nuisance of himself in the box, and such a presence from the bench would benefit the Toffees a lot. The ex-Manchester United man has not only boosted Everton’s attack but also added much-needed depth to Ancelotti’s squad.

At 29, King is operating at the peak of his powers and his addition could help Everton massively in their hunt for a top-four finish this term.