The majority of European football leagues take a break for the winter holidays. Not the Premier League, though: the top-flight English league only allows its players to take Christmas Day off, putting them back on the pitch on Boxing Day (December 26th). 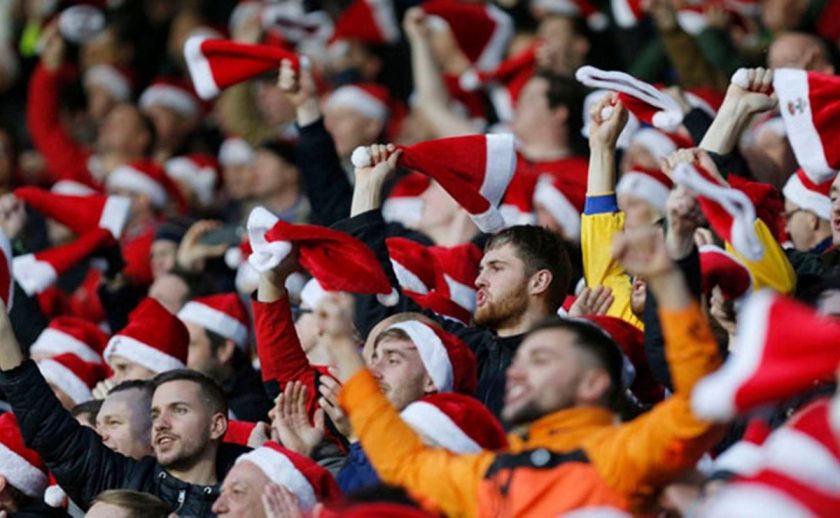 This year’s Boxing Day, the list of teams to play includes Arsenal, Chelsea, Crystal Palace, Tottenham, and current Premier League leader Manchester City, with two fixtures – Liverpool v Leeds and Wolves v Watford – postponed due to positive COVID tests at Leeds and Watford. Still, there is more than enough quality football to be followed on the second day of Christmas for football fans and online betting enthusiasts alike.

If you missed our article about Stars of the Matcheweek 19, you can check it here. At the time of writing, the teams are yet to play all of the games. But until we find out the results of their matches, here are some of the most spectacular victories achieved by football teams on Boxing Day.

Manchester United has a history of Boxing Day victories, with 21 of its December 26 matches victorious – the most in the history of the Premier League. In 2019 – the last year before the global pandemic – they faced Newcastle on the turf and finished the match with a beautiful score.

Newcastle took the lead early with a low-effort goal by Matty Longstaff. Manchester United equalized just seven minutes later… and from there on, there was no stopping them. Before halftime, the Red Devils scored two more goals and sets the final score of 4-1 less than 10 minutes into the second half.  The results took the Red Devils within four points of the Top Four at the time. Ultimately, the team had a successful season, finishing third behind only Man City and Liverpool

In the 2008-2009 season, Manchester City didn’t do as great as it does today. On the contrary: it was in the relegation zone at the time of the winter holidays. But its Boxing Day match turned things around.

Stephen Ireland was instrumental to City’s victory at the time, setting up two goals – one by Caicedo, and one scored by Robinho. This victory instantly pushed Man City to 15th place in the Premier League standings. Ultimately, the Citizens finished the season 10th, and Hull fell to 17th place by the end.

The Man United – Newcastle Boxing Day match was one of the Christmas games with the most goals scored in the history of Boxing Day matches, even if it wasn’t the one with the biggest goal difference – but it ended in a spectacular way.

The Magpies took the lead early in the match with a goal scored by James Perch but Jonny Evans’s equalizer came soon after. Then a back-and-forth followed, with the two teams maintaining an equal score until close to the finish of the match – but in the last minute, Javier Hernandez decided the final result, converting a cross in a spectacular fashion.

While the 2012 Boxing Day was bitter for Newcastle, it was a major victory for the Red Devils – and one hell of a match to watch for every football fan that tuned in.

Manchester United increased its lead in the Premier League with this match, and maintained it until the end of the season, earning the title of champion with 89 points – 11 points ahead of second-placed Manchester City.