Expert analysis say that the interruption of the 2019/20 season due to the coronavirus pandemic will lead to a decrease in the income of Premier League clubs in the same financial year by approximately € 1.1 billion. 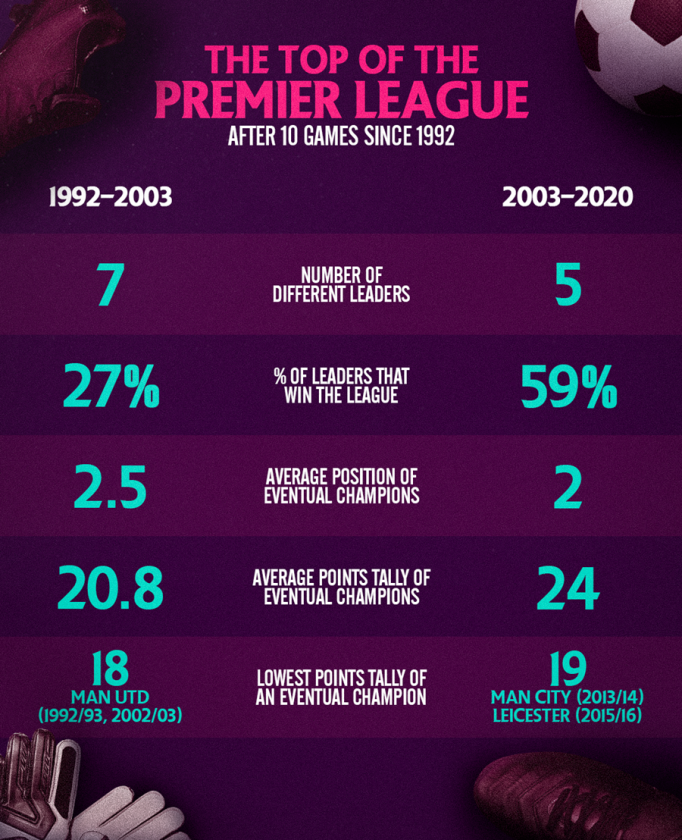 Of that amount, almost 50 % will be permanently lost due to the disappearance of match revenues and the reduction in the amount from TV rights and the number of commercial contracts due to the postponement of matches and their playing without the presence of the audience. The rest will be postponed until the financial year 2020/21 but with much fewer consequences than originally planned.

That’s because the initial predictions were made when it seemed that a quarter of the season for the period after June 30 would be postponed. Consequently, and despite the expected possible continuation of the 2020/21 season, record amounts of revenue may be recorded in that financial year. How can this situation affect the battle for the Premier League title next season?

How Did Distribution of Revenues Affected Title Battle?

Distribution of revenues in the Premier League in the last 10 years has created a gap between the ‘Big Six’ and other clubs. Before that, actually, since the establishment of the Premier League in 1992, the ‘Top Four’ has isolated in terms of finances which spilled over onto the field. And, these powerhouses of English football were to be asked on the title in the last 28 years with the exception of Blackburn in 1994/95 and Leicester City in 2015/16. However, what didn’t remain the same was the pattern of the rhythm throughout the season which a team that aims for the title needs to set.

A study composed on the basis of data extraction from all Premier League campaigns so far determines that next season, after just 10 games, it will be known how the top of the table will look by the time of the last referee’s whistle. In other words, the fast start to the season is of the essence for winning the title.

Chelsea’s two titles in a row (2004/05 and 2005/06) were turning points for a different pattern. They racked up 23 points in the first 10 matches of the first of these two seasons. A year later, Chelsea won all of their first nine matches. Ever since, the average points tally at a 10-game margin has increased to 24, while the average league position of champions after 10 matches moved to 2. Manchester City and Liverpool made it even more interesting in the last three seasons. City collected 28 and 26 points after 10 games while, last season, Liverpool tallied 28 points in the first 10 rounds.

Does Only Premier League Suffer From Consequences of COVID-19?

Speaking more about the economical aspect, the current pandemic of the COVID-19 virus is expected to cause significant revenue cuts and operating losses not only to the Premier League but to all of European football this season. Clubs are forced to face multiple financial consequences and the return of football, in a safe and reasonable way, is very important to limit the financial impact of a pandemic.

The successful return of each individual league and the strength of their relationships with television and commercial partners are likely to have a significant and lasting impact on the financial strength of clubs and leagues.

The relaunch of the Premier League and a number of other leagues will result in a rapid financial recovery, as some television rights revenues will shift to the next financial year, which could lead to a sharp jump in revenues.