Bad period for the former glories of Serie A. After the recent death of Siniša Mihajlović, it is a legend of transalpine football who has just left us. Then 58 years old, the former striker of Sampdoria, Juventus and Chelsea, Gianluca Vialli, has just passed away. 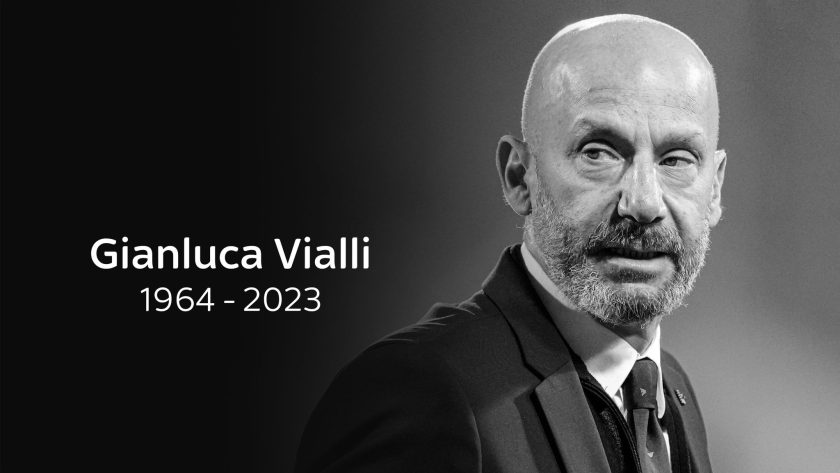 Leukemia has recently claimed Siniša Mihajlović, then 53 years old, and it is Gianluca Vialli’s turn to succumb to an illness. While he had recently left the management of the Italian national team to fight his pancreatic cancer which affected him for a few years, the 58-year-old former Italian international had entered a new phase of his treatment. “After a long and difficult discussion with my wonderful team of oncologists, I have decided to suspend, I hope temporarily, my present and future professional commitments” he explained after his departure from the Nazionale.

Despite an intense fight to fight this cancer, it was not enough and Gianluca Vialli has just passed away, announce the Italian media. Terrible news for his family and loved ones, but also for all lovers of Italian football. Because the man known as Lucagol clearly left his mark on the 1980s and 1990s in Italy. A native of Cremonese, where he was trained and where he played his first seasons, he will leave in 1984 for Sampdoria, a club where he will totally explode in the eyes of football fans. Becoming an Italian international in 1985 in parallel, he will be one of the strong men of the golden age of the Blucerchiati.

Winning three Italian Cups (1985, 1988 and 1989), he also won the European Cup Winners’ Cup in 1990, with a 2-0 victory in extra time against Anderlecht in the final. The double goalscorer? Gianluca Vialli. During the 1990-1991 season, he will also seek the only title of Italian champion of the Samp ‘at the end of a season where he will have scored 19 goals. Immense exploits to which the 1991-1992 Champions League (which was called the Champions Clubs Cup) could have been added, but FC Barcelona won the final 1-0 in extra time. Eternal legend of Sampdoria, he decided to leave the club after this disappointment to join Juventus. Stayed four seasons with the Vecchia Signora, he will continue to panic the counters and will win 1 Scudetto (1995) and a UEFA Cup (1993).

But above all, he will seek the 1995-1996 Champions League against Ajax Amsterdam (1-1/4-2 on penalties) within a tasty trident composed of Fabrizio Ravanelli and Alessandro Del Piero. A new consecration followed by a departure from the country for England and Chelsea, where he won the 1997 FA Cup, the 1998 English League Cup and the European Cup Winners’ Cup (1998). Also semi-finalist of Euro 1988 and the 1990 World Cup with the Squadra Azzurra, which he left in 1992, he had less impact in selection (59 matches, 16 goals). Knowing a short coaching experience with Chelsea and Watford, he will have joined the management of the Italian selection as team coordinator. A selection that will win Euro 2020.