At the start of the season former Manchester United manager Jose Mourinho said that the club must win the Europa League this season. The United seem to have taken the word of their former manager as they take on Sevilla in the semi-finals of the competition. 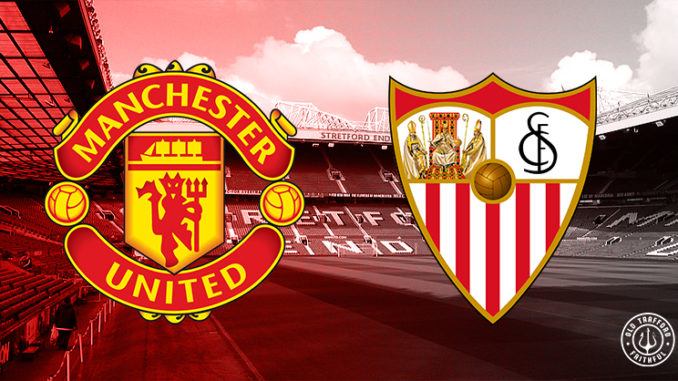 Los Nervionenses had a fantastic season they have qualified for Champions League as they look to usher a new era under former Real Madrid manager Juan Lopetegui. They signed a host of young players this season to give Lopetegui a good team and so far he has delivered well for the club.

While Sevilla have reached the semi-finals of Europa League on three occasions and they have won the competition on those three previous occasions. The Spanish side will also be aware of the potential penalty threat that Manchester United pose. This season they have been awarded 21 penalties in all competitions which is more than any team across the top five European teams.

The Red Devils will be without Luke Shaw and Axel Tuanzebe as both of them have been ruled out of action till September. Phil Jones has not travelled with the squad to Germany as well. Ole Gunnar Solskjær has named Sergio Romero in all the knockout games in the Europa League. He did the same in the FA Cup as well but for the semi-finals, he opted for David De Gea which proved to be a costly mistake. Thus it is still unclear who will start De Gea or Romero. Both Matic and Lindelof made substitute appearances against Copenhagen but both of them are likely to start against Sevilla.

Solskjaer insisted that his side must show mental strength and they cannot use tiredness as an excuse as well. He said: “Physically we’re fine; all the teams have played many games anyway. Now it’s about who is mentally strongest. You can look at the opponent and know they’re tired but you want them feeling more tired than you. You’ve got to be strong mentally, concentrated and focused, and any of these games can be, and will be, decided on a marginal decision or finishing. We’ve just got to keep them focused with the right attitude”.

Yassine Bounou could retain his place his starting eleven after his penalty heroics against Wolves. The Moroccan managed to save a penalty from Raul Jimenez as Lucas Ocampos’ late header paved the way for their entry into the semi-finals.

Manager Juan Lopetegui described Manchester United as the biggest club in world football. However, he also believes that his team is capable of knocking them out of the competition as well.

He said: “We are going to play against Manchester United in the next match – they’re the biggest team in the world but we’re going to be prepared for them. We’re focused on the next game, against a top, historic side, one of the best in the history of the sport who are in great form. We will give our best as we always do. To play against them will be really tough, but we’ll go into it believing we can beat them”.

Los Nervionenses don’t have any suspension or injury worries ahead of the game as well.

At the start of the season, the emphasis of both the teams was on youth. Though both of them also signed a few experienced players as well. However, the larger emphasis was to give young players more chances into the first team. Both the club did not shy away from spending big in the transfer market as well.

Though Manchester United’s success has in the Premier League has been more popular compared to Sevilla, this does not mean that the Spanish side hasn’t been good. Both teams have experienced and young players who have performed well for both the teams.

However the quality of the experienced players of United like Pogba, Maguire, Fernandes, Matic etc. is superior to that of one Sevilla have in Navas, Carlos, Banega, Vazquez etc. But Juan Lopetegui is a more experienced manager than Solskjær in big competitions. The latter has spent the majority of his managerial career in less competitive leagues compared to his Spanish counterpart. Thus the tie is balanced overall and it will be interesting to watch who comes out on top.