Poland will face Slovakia on EURO 2020. Neither team has a home advantage in this one as the game is taking place in St Petersburg, Russia. 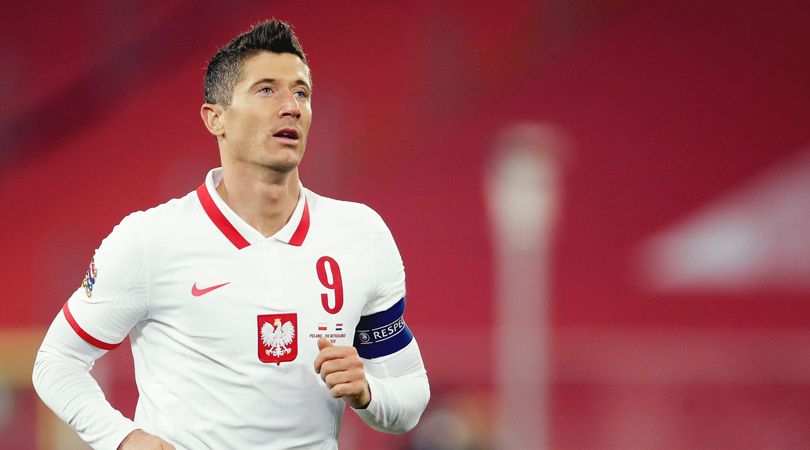 But when you hear Poland, you immediately think of Robert Lewandowski. A player who has been in emphatic form for his club Bayern Munich but has only scored one goal in ten games on the international stage. Although he did score the opening goal of the 2012 finals and also struck for Poland in the 2016 quarterfinals. Slovakia also made it out of their group in France that year, attacking midfielder Marek Hamšík was crucial to them then and if they are to succeed this time around, they will be hoping that he is the one spark to help them on their way.

This being their first meeting with Poland in a major tournament, Slovakia edge the Head to Head (W4, D1, L3), winning their last encounter 0-2 in 2013.

Poland are taking part in their fourth consecutive European Championship and will fancy their chances of progressing out of what seems to be a wide-open Group E. However, after finishing last in their group in both the 2008- and 2012-Euro tournaments and winning just once in 2021 so far D3, L1, the Poles will need to take a good look at themselves if they’re to repeat reaching the 2016 quarterfinals. Slovakia the dark horses to emerge from Group E in qualifying, have progressed to the ‘round of 16’ stage in both of their previous major tournament appearances – the 2010 World Cup & Euro 2016. In both, the ‘Falcons’ failed to win their opening games D1, L1.

Robert Lewandowski (Poland) recently broke the new Bundesliga record for 41 goals in a season but has scored only one goal in his last ten games in major international competitions. Milan Škriniar (Slovakia), is one of the defenders tasked with stopping Lewandowski. But he helped his club Inter Milan keep 15 clean sheets on the way to the Serie A title.

Slovakia forward Ivan Schranz is ruled out with a thigh injury and is up against the clock to be fit for the tournament.

Paulo Sousa, Poland: “It will not be easy. It will be a very dynamic game, it will be mental, about focus, we can’t make any mistakes, we need to be ready. We have to find gaps in Slovakia, a team that is well organised and defends well with a mid-to-low block. They’re really strong in transition, very direct, they don’t spend much energy in the build-up and are also really strong from set pieces.”

Štefan Tarkovič, Slovakia: “We worked hard to get here and are looking forward to getting under way. It’s a big challenge for us. Poland are ahead of us in the FIFA rankings, and we are coming into the tournament as outsiders, but I think the squads are evenly matched. A good start to the finals is important, that’s for sure, but we lost the first game in France in 2016, against Wales, and still managed to qualify.”

Poland will be hoping that star striker Lewandowski can bring his outstanding club form to the international stage this time round to get them the goals and the wins they need to get out of the group rather than finishing last as they did in previous tournaments.

But Slovakia will know that losing their first game will not be the end of the road as they found out in 2016, but if they are to get anything out of the game they need to come out of the blocks quickly and they need to keep Lewandowski quiet if they want to keep a clean sheet too but they will take comfort from the fact that Poland can concede goals and that they themselves have managed to keep clean sheets in two of their last five games.

Both teams can score and concede though, and we can expect this game to be as open as what the group could possibly end up being.