At the start of the season, no one would have expected Mikel Arteta to be the manager of the club by the end of the season. The Spaniard seems to be the right man for the club as he also led the Gunners to an FA Cup title. He also managed to defeat Pep Guardiola and Frank Lampard in the process. 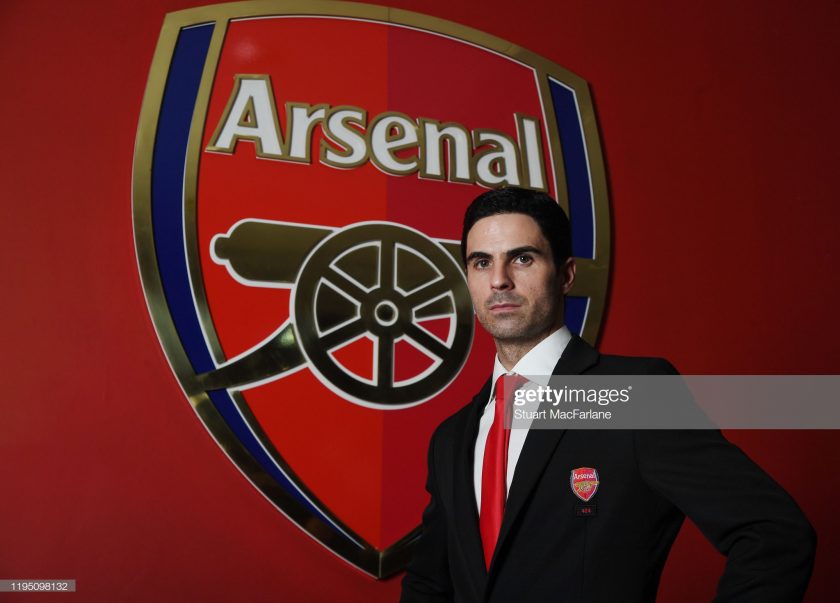 The thing about those wins was the manner in which Arsenal played. Arteta managed to tactically outclass both Guardiola and Lampard. Thus it seems like he is the right man to lead the club for the future. However, right now his squad is not completely ready. Like any other manager Arteta needs time and as time passes by players will come and join.

The transfer window is open right now and by the start of next season, Arsenal will have different players in starting eleven than they had in the FA Cup final. Arteta’s 3-4-3 formation also looks temporary and with time he would like to mould his team into how he views them in the long term potential different formation. On that note, let’s have a look at how Arsenal will line up next season. 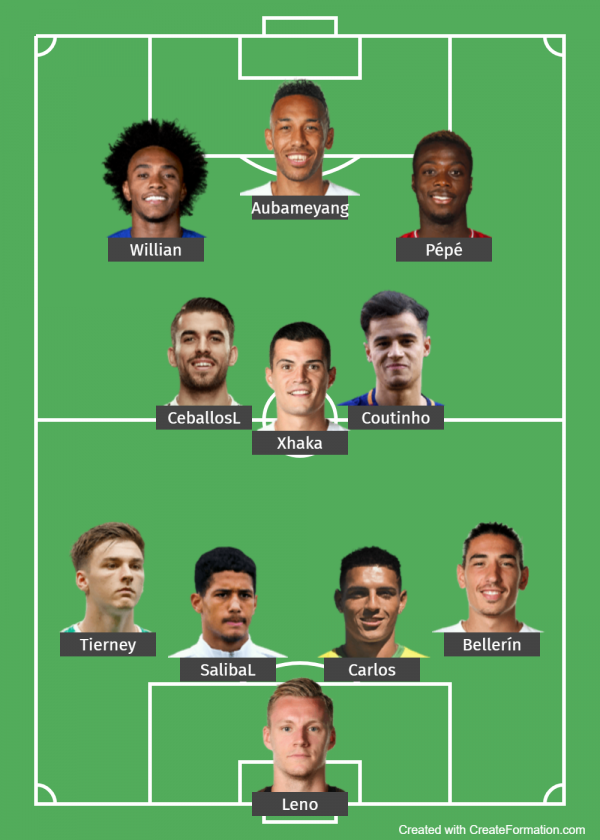 Before his injury Arsenal fans were calling Leno to be the only positive thing this season. The German was clearly undervalued and despite Arsenal’s poor defence he managed to do well. Leno’s injury is not as serious as it was thought earlier to be. He was out for four-six weeks and he should be ready for the start of next season. Though it will be a tough call for Mikel Arteta as Leno’s deputy Emiliano Martínez has hardly made his absence known. Despite this, it seems likely that the status quo will be returned and Leno will be No.1 for Arsenal next season.

The Spaniard is still only 25 years, though due to injuries he has lost some of his pace but he doing well to adjust his game. Bellerin is still an intelligent player and he can make good runs as well. The Spanish international is a product of Barca’s famous academy La Masia just his current gaffer Arteta. This could help him in understanding how Arteta wants to play and he has shown that he can be a key player. Though Cédric Soares has been signed permanently but Bellerin has shown that he can still be the No.1 at the club.

The Frenchman joined the club last season from Saint-Étienne but he was immediately loaned to Saint-Étienne for rest of the season. Big things are expected from the youngster by the club. The reason why he can get straight into Arsenal’s starting eleven is because Shkodran Mustafi is out till October. Also by now, Arteta must have evaluated Rob Holding as well. Many have urged Arteta to replace the Englishman who is not deemed good enough. Thus Saliba could be given a chance to impress at the club.

The Brazilian defender currently plays for Sevilla in La Liga. The Gunners have been linked with a move for him and they could face competition from Liverpool and Man City. Due to the current financial crises, Liverpool are not in a position to sign him. While City are likely to go for a big name like Kalidou Koulibaly. Arsenal are looking to sell players this season and they could have the funds to sign the Brazilian. Mikel Arteta is said to be keen on signing him and to execute his vision the Gunners would want to please their new manager as well.

The Scot had a troublesome start at the club due to his injuries. However, since the restart, he has worked well on his injuries and he has now established himself as No.1 choice as a left-back. Though Tierney is not a finished product nor is the Arsenal team. He has plenty of stamina to run up and down the left flank and his attitude has also been praised by many    .

Xhaka looks like a player reborn under Mikel Arteta. At one point of time fans were booing him but now things have changed. He has become a crucial player for the Gunners and under Arteta, he will continue to do so. The former Mönchengladbach midfielder will play as a holding midfielder shielding the defence and maintain the tempo of the game with his passing next season.

The former Real Betis midfielder is currently on loan at Arsenal from Real Madrid. There have been talks to make the move permanent as Ceballos is currently not in the long term plans of Zinedine Zidane. The Real Madrid loanee has been very impressive for Arsenal and Arteta can definitely get the best out of him. Also for Ceballos, the Emirates will be familiar territory and if he moves to a new club he will take some time to settle while at Arsenal he is already spent a year. The Arsenal project under Mikel Arteta looks exciting and he could be tempted to join them permanently.

It was at Premier League where Philippe Coutinho made a name for himself which eventually sealed resulted in him sealing a move to Barcelona. Things haven’t gone as per plan for the Brazilian as Barca look desperate to offload the former Liverpool man. The Catalans are interested in Arsenal midfielder Matteo Guendouzi. The Frenchman has been sidelined by Arteta since his altercation with Neal Maupay. It has been suggested that some kind of swap deal could be done between Barca and Arsenal for Coutinho and Gunendouzi.

The Brazilian is an experienced player and at the age of 28, he is about to hit his peak form as well. At Arsenal, he will get more playing which will help him to get his confidence back and soon he could become the player he was known for in the Premier League.

The Chelsea winger has rejected a contract extension offer from the Blues as heads into the final month of his contract at the club. Arsenal are reportedly closing down on a deal to sign him for free for next season. In the current financial crises, it will be a smart move. Willian will bring experience and quality to this Arsenal squad. Right now is 31 and he plays at his peak for another two-three years and by that time the Gunners will surely have someone to replace him.

It is not every day that Arsenal spend big on a player. The Gunners don’t have the financial muscles like United, Chelsea and City but they did sign Pepe for $72 million. The Ivory Coast international has been a hit and miss this season but with time he looks like a player capable of delivering quality performances regularly. He is only 25 years old Arsenal will stick with him for a long time to get the best out of him as they spent such a huge amount on him.

According to a report by Daily Mail, Lacazzate could leave the club if a right offers comes for the player. The Frenchman’s departure at the club could mean that the Gunners will have the funds to give Aubameyang a big contract. While Eddie Nketiah could be given a more prominent role as well. The Gunners would want him to spearhead this Arsenal project under Mikel Arteta. He has been given more responsibility and Arteta would love to him at the club for a long time.