Dumfries put in a superb performance to help the Dutch reach the World Cup quarterfinals. 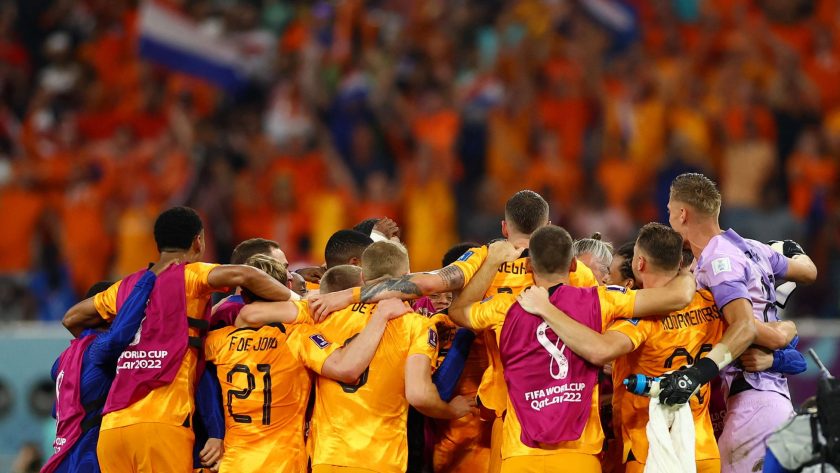 In the first match of the round of 16, the Netherlands took the field with a considerable advantage over the USA due to the technical quality of their squad.

The Netherlands fielded the same starting line-up from the group stage, showing manager Louis van Gaal confidence in his key players. Gakpo and Memphis Depay led the attack, with Klassen in the No.10 and De Roon alongside Frenkie de Jong.

At the other end, USA’s big news was the inclusion of Jesus Ferreira in their starting line-up for the first time at this FIFA World Cup. With a more mobile centre forward, the goal was to try to take Van Dijk’s Dutch reference off Van Dijk, providing him with a passing option to open up spaces for Pulisic and Tim Weah to infiltrate.

In the first ten minutes of the match, the United States had the better of the play, with their high-tempo marking and pressure on their opponents’ opponents, coming very close to scoring through Pulisic.

However, the Netherlands responded with a fatal counter-attack in an excellent collective play, the best of this World Cup, exploiting the depth of Dumfries on the right side for Depay to finish on the edge of the area taking advantage of the weakness in the defensive transition Americans.

The Netherlands, who had been in possession for the first time in the World Cup, had the ball in the back of the net after the goal. The Dutch, however, were able to find a way through their midfield, with Klassen, Adams, De Jong and De Room all blocking the movements of Musah and McKennie.

The Americans were trying to focus on the support of Jesus Ferreira, Pulisic and Weah against Timber and Aké. Despite this, there was a considerable lack of chances on target.

With that, pragmatism left the Netherlands to seek a second goal before the break, letting the ball circulate between the USA defenders. De Jong escaped pressure on the ball out wide and Dumfries was sensational on the right wing.

In the second half, the US were hampered by the departure of Jesus Ferreira and the introduction of Pep Reyna as a false centre forward. Then, the error was corrected with the entry of Haji Wright, leaving Reyna at the point.

USA reduced the deficit and had a chance to equalise down the stretch, but Dumfries, who was instrumental with a goal and two assists, ensured the Netherlands qualified for the quarterfinals.

Manager Louis van Gaal’s tactically organised pragmatism could lead the Netherlands down unimaginable paths at this World Cup. On the other hand, it is worth mentioning the technical evolution of the United States, positively starting the preparation to host the 2026 World Cup with better expectations and a technically superior squad.