Seven absentees at this World Cup need not worry France; Kylian Mbappé is spectacular and decisive. 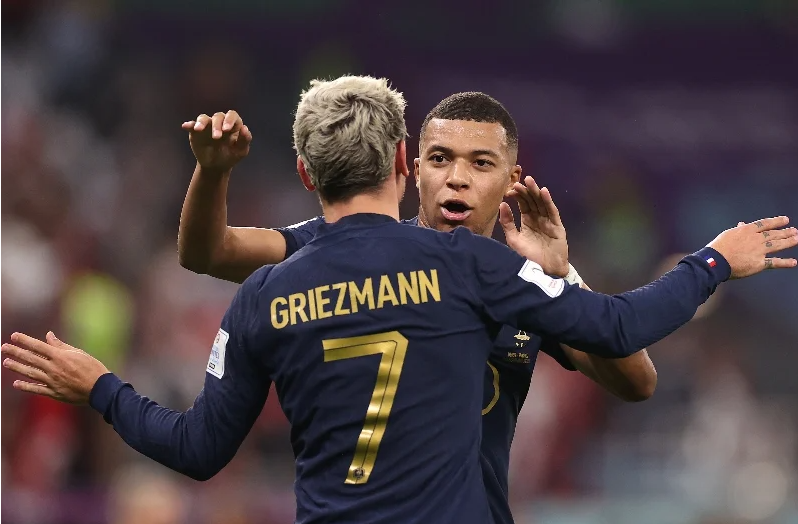 In the most anticipated clash of the second day of the World Cup Round of 16, France faced their first major challenge on their road to the world title with Poland.

The French dominated possession for the first ten minutes and pressed Poland with total control of the midfield and speed down the flanks.

Poland, however, withstood the pressure and organised their tactical formation in the defensive half to avoid any real chances for the French. Poland gradually controlled possession and slowed down the pace of the first half.

The French even suffered from considerable chances from Poland with two from Robert Lewandowski. However, France upped the marking lines and forced errors in the exits of the game.

Late in the first half, Poland gave France a scare with space on the right side of the French defence as Bereszynski got past Koundé on the left wing and crossed with a deflection. Zielinski tried twice and Theo Hernandez also saved the goal.

Before the break, an excellent, well-worked move for Mbappé to hit the precise pass and find Giroud, free in the penalty area, shooting across and scoring his first goal of this World Cup.

Unlike the first half, Poland were dominated in the second half from the start, with the French marking tight and control of possession, defining the match in a sensational counter-attack.

With three players coming forward at speed, Dembélé received from Giroud on the right, cut inside and turned for Mbappé to drive a firm shot into the top corner past the Polish goalkeeper. Before the final whistle, Mbappé scored another wonder goal and Lewandowski scored from the penalty spot on the last play of the game.

France did not play their most needed game at this World Cup, with some attacking transitions being wasted, something that could end up making a difference in the final games of this World Cup.

Still, the attacking production once again lived up to expectations, with Mbappé being a constant threat to the opposition, Griezmann well positioned and Giroud, drawing the marking to generate spaces.

Moreover, it is definitely to say that Kylian Mbappé is the main player left at the World Cup now. The defining and articulating ability of this star is sensational, making a huge impact on football.