The Portuguese defender has signed a three-year deal with Wolves. 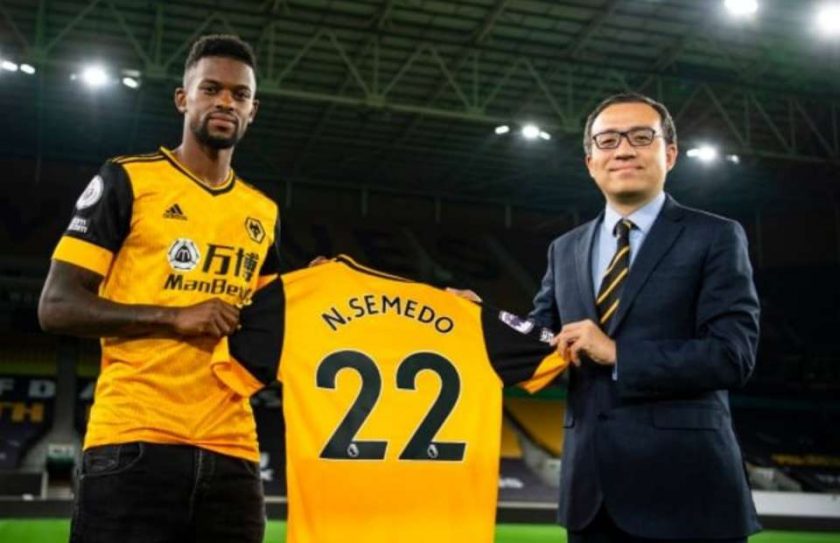 Wolves appear to be proactive in the transfer window as they have signed Nelson Semedo from Barcelona. Semedo, who has signed a three-year deal with an option of extension for another two years, will cost the Molineux outfit around £37m.

Semedo moved to the Nou Camp from Benfica in 2017 for a fee of 31m euros. He has since played more than 100 matches but with less conviction. The Portuguese full-back failed to replicate the success of his predecessor Dani Alves, who made the right-back position his own during his tenure.

The arrival of Ronald Koeman also didn’t do any good for Semedo as the Dutch manager deemed him surplus to requirements.

Meanwhile, Barca have identified Ajax youngster Sergino Dest as the replacement for Semedo and are reportedly in talks with the Dutch club.

Upon signing for Wolves, Semedo said that the club’s recent success and Nuno Santo’s presence were the reasons for his decision to move to Molineux Stadium.

“Coach Nuno is a very good coach. He did very good things here in Wolves, and in other teams too. For sure I’m going to learn a lot from him.”

The 26-year-old, who has now become the Wolves’ expensive buy, is the latest one to join the Portuguese-influenced side following Fabio Silva in the current transfer window.

I talked with some of them and they told me very good things about the club, about the team. I hope I can help them to succeed too.”

“Nelson’s signing shows we will never stop progressing and we are still hungry and humble in our heart.”

Semedo is expected to take the place of Matt Doherty, who recently joined Tottenham.

The former Benfica star stands out for his defensive attributes and can be suited for the right-sided centre-back role in Santo’s preferred three-man defence.

Wolves have started their campaign with the win against Sheffield United but followed up with a 3-1 defeat against Manchester City.