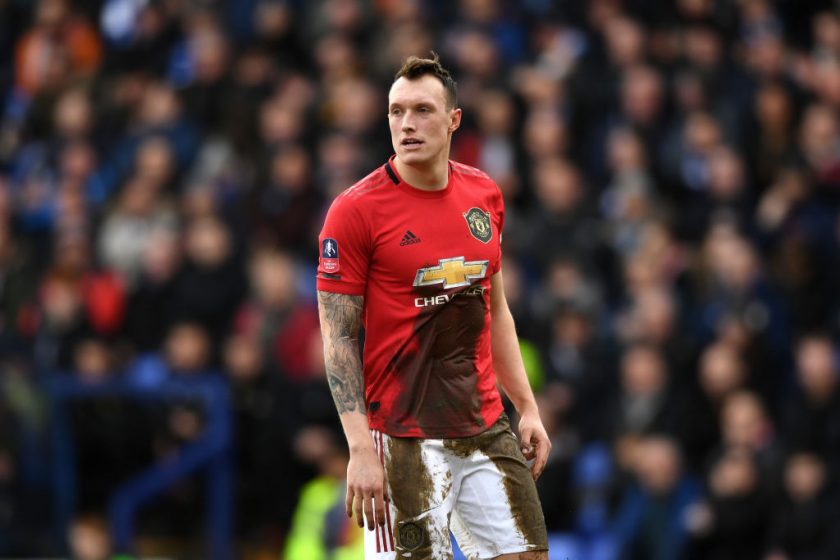 Phil Jones, 29, failed to play a single minute for Manchester United in the Premier League last term due to a serious knee injury. The Red Devils are happy to let the English defender, who has spent the last decade at Old Trafford and still has two years remaining on his contract, walk away for free in the ongoing transfer window.

With Manchester United agreeing on a deal in principle with Real Madrid for the transfer of Raphael Varane, Jones is deemed surplus to requirements for manager Ole Gunnar Solskjaer.

Southampton are one of the clubs keeping an eye on the 29-year-old defender, and they will now be attracted to make a concrete move given the player could be available for a move to the south coast for absolutely free.

The Saints have just managed to sign left-back Romain Perraud from Ligue 1 club Stade Brest, whilst bringing back Theo Walcott on a free transfer from Everton. Ralph Hasenhuttl clearly needs much more than these two players if his team are to improve and challenge for a top-half finish in the upcoming season.

Southampton were defensively all over the place last season

Southampton weren’t great defensively throughout the 2020/21 campaign, conceding 68 goals with nine goals put past by Manchester United at Old Trafford. They registered the worst defensive record in the division, which certainly leaves Ralph Hasenhuttl in a spot of bother before the new season kicks off in less than two weeks’ time.

Thus, it’s a no-brainer the Austrian tactician should now shift his focus towards reinforcing his central defensive options after replacing Ryan Bertrand with Romain Perraud. The Saints need a reliable defender to cover and compete with Jannik Vestergaard, Jan Bednarek, Mohammed Salisu and Jack Stephens.

Is Phil Jones the right fit for the Saints?

Jones’ career at Old Trafford has been plagued with injury problems, fitness issues and chronic lack of consistency. The 29-year-old spent the entire last campaign on the sidelines due to a knee problem. In fact, has not played a Premier League game for Ole Gunnar Solskjaer’s side since January 2020.

With the Red Devils planning to release him this summer, Southampton, however, must not make a move for Jones. Hasenhuttl demands his players to work hard and press with great energy and intensity throughout a game.

Jones has flown to Scotland with United for pre-season training camp after achieving full fitness. Even if he is set to take part in the training camps, the Englishman is coming back from a serious knee injury and will surely take some time to get used to the pace and physicality of the Premier League again. This simply makes the player a massive gamble for Southampton.

The ex-Blackburn Rovers man is only 29 but he’s peaked early in his career that’s been hampered by various unfortunate injury problems. Clearly, Jones doesn’t fit Hasenhuttl’s style of play at St. Mary’s Stadium. That being said, Southampton would be taking too big a gamble by going for the Red Devils defender.