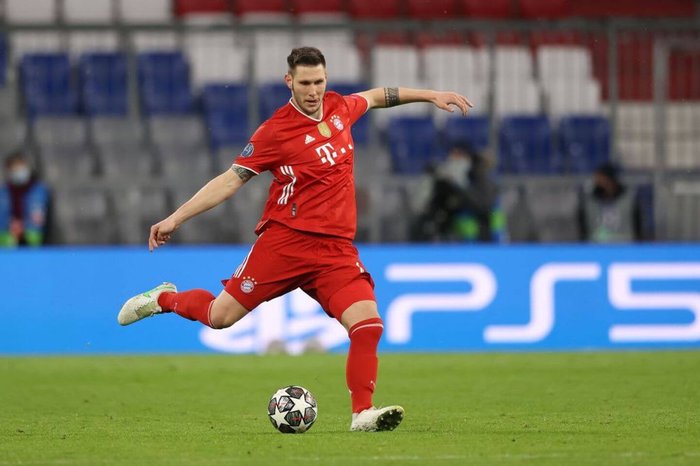 Formerly of Hoffenheim academy, Niklas Sule, 26, is rated as one of the best centre-backs in the Bundesliga. Since his move to Bayern Munich in the summer of 2017, the German international has notched up 156 competitive appearances for the club, helping the Bavarians win four back-to-back Bundesliga titles, two DFB Pokals, four DFL-Super Cups and one Champions League trophy.

However, since the 2019/20 campaign, injuries and fitness problems have hampered his career, with Sule managing only 49 appearances in all formats in the last two seasons combined. He is out of contract at the end of the season and is understood to be hesitating over signing a new deal with Bayern Munich. From January 1 onwards, he has become eligible to talk to foreign clubs and sign a pre-contract agreement.

The German defender’s contract situation has alerted both Chelsea and Barcelona, but the Premier League is Sule’s preferred destination. And this apparently puts Chelsea in the driving seat to sign the 26-year-old on a free transfer in the summer.

Chelsea in need of defensive reinforcements

Chelsea could potentially be left with very limited options at centre-back at the end of the season, with Antonio Rudiger, Andreas Christensen and Cesar Azpilicueta all out of contract in the summer and linked with moves away.

Antonio Rudiger has been locked in contract talks with Chelsea for some time, with the Pensioners keen to keep hold of the Premier League’s top defender. The stand-off could continue in the upcoming weeks and months, with the Blues unprepared to meet Antonio’s salary demands amidst links with Real Madrid.

So, with Andreas Christensen a certainty to leave Chelsea and Thiago Silva at the twilight of his career, Thomas Tuchel must prioritise signing centre-backs during the summer transfer window.

Niklas Sule could be a solid signing for the Pensioners

Chelsea must reinforce a couple of key areas in their squad to try and match Manchester City’s squad next season. They will probably undergo changes at the back in the summer, leaving a lot of room for fresh blood to come in and settle down.

That being said, Bayern Munich’s Niklas Sule could be an ideal option for the defending European champions given his experience and an aggressive style of play that makes him a tailor-made fit for the Premier League. A top passer of the ball with excellent aerial ability and game-reading sense, the German would seamlessly fit into Tuchel’s side.

At 26, the Bayern star is heading into the prime stages of his career and could prove to be a quality replacement for Rudiger and sort the Blues’ centre-back area for years to come. With Barcelona also keen, Chelsea will have to step up their efforts to sign Sule, who on a potential free transfer in the summer would represent a coup of sorts.