Kjell Scherpen one of the most promising Netherlands goalkeepers has just recently been signed by Ajax, who did not forget about a little incident that happened years ago and made Kjell Scherpen “pay” for it with a punishment. 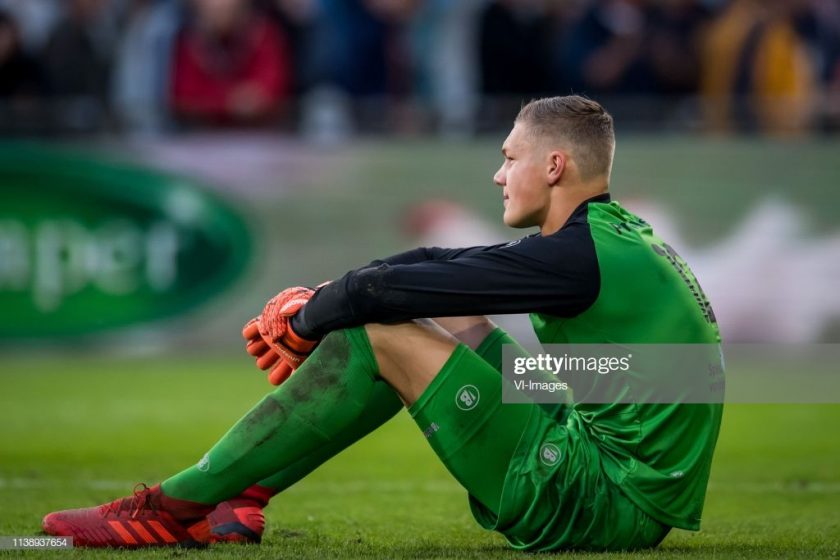 Kjell Scherpen, a 19-year-old goalkeeper from Emmen started off his career in Emmen youth squad in 2015, when he was barely 15 years of age. Slowly he climbed the ranks of Emmen football club until he was allowed to join the senior squad in 2017. But it was not until 2018/19 season that he got a chance to play for his home team. In 2018/19 season alone Kjell Scherpen accumulated 32 appearances for FC Emmen, who are currently still fighting to keep their boat afloat and avoid relegation.

Despite the subpar performance of Emmen, Kjell Scherpen proved he has got a huge potential to become one of the best, which is something FC Ajax noticed rather early and decided to bring him into the club in the summer transfer window. However, there was one little issue Ajax had with Kjell Scherpen, which they decided to take care of with a rather interesting approach.

A little known fact is that Scherpen’s boyhood club is Feyenoord, a fierce rival of Ajax, which did stir up some drama when it was announced Scherpen would join Ajax. Understandably Ajax fans were not too happy with it. What made it worse is the fact that it was soon discovered Scherpen bad-mouthed Ajax on social media in 2011. Once that was discovered Ajax decided to punish their new signing in a quite interesting way. Kjell Scherpen was forced to write “Ajax is de mooiste club van Nederland” or in English “Ajax are the best club in the Netherlands” 100 times while being watched by Edwin Van der Sar and Marc Overmars, two of the Ajax legends.

Ajax released the video showing Edwin Van der Sar and Marc Overmars watching Kjell Scherpen while he is writing his punishment on Twitter, which is a funny way of calming down the angry fans. While the young goalkeeper still has a lot to prove to Ajax and their fans, it would be safe to assume the video helped the cause.