The first gameweek of the English Premier League is only days away, meaning time is running out for us to assemble our fantasy team, which will represent us in the opening weeks of the Premier League. For some an upcoming couple of days present an opportunity to start assembling our 15 man roster, others have already picked their players and eagerly await for the opening matches to start. In our case, our team is ready for the challenges week 1 and the rest of the season will bring, but which players are in our starting XI and which 4 sit on the bench waiting for their opportunity? Let’s check out. 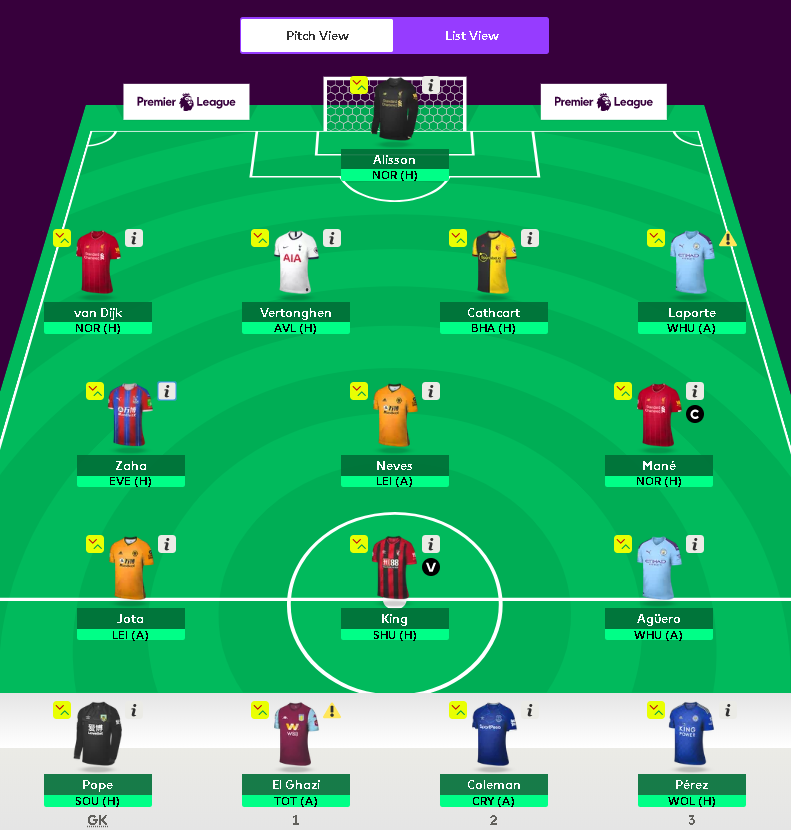 For the goalkeeper, we had to side with Allison, who has impressed last season, and we do not expect anything less from him this year. The opening match of the season for Liverpool will be against Norwich, where we expect Liverpool to dominate and fight their way to the first W of the season, meaning a clean sheet is not out of the question. That will not only benefit our goalkeeper but our first defender (van Dijk) as well, who we have picked for our squad due to rather obvious reasons. A true powerhouse in the defence, van Dijk also does not shy away from participating in the attack. Last season he finished second on the fantasy standings, with 208 points to his name. Will he manage to climb to the top is yet to be seen, nonetheless, a high amount of points is something we expect to see from by the end of May.

Joining van Dijk in the defensive line, we have got Cathcart from Watford, Vertonghen from Tottenham and Laporte from Manchester City. Watford with Cathcart will face off against Brighton at home for their first match of the season, which gives Watford an excellent opportunity to continue their record against the Seagulls. Just like Watford, Tottenham will enjoy a home match in their opening week of EPL. They will face off against Aston Villa at their new stadium, which as expected heavily favours Spurs to walk away as the winners. As we have mentioned in our previous article, Vertonghen did not have the best 2018/19 season, nonetheless, we believe he is more than capable of bouncing back this year by helping his team repeat their success from last season.

Our last and fourth defender is Laporte, who will help City in a clash against West Ham at home. While he has 75% of playing, it was reported, he will most likely appear in the opening match and with a high possibility for a dominant show from City, we will take our chances.

Moving to our midfielders, we have added Mane as our first pick, who we expect to have a key role in the match against Norwich. With 22 goals scored last season, opening the season with at least one is very likely and quite tempting for us. Next, to him, we have got Neves as the second midfielder. Picking the Wolves player might prove to be a risk, but a risk we believe it’s worth taking. Wolves will play their first match against Leicester at King Power Stadium, which slightly favours the Foxes. However, we must consider the fact Leicester defence is weakened following the departure of Maguire. How will that affect the team overall is yet to be seen, nonetheless, their defence will surely take a hit. Zaha from Crystal Palace will serve as our third midfielder who we have put a lot of hopes in. Crystal Palace first match of the season will be at home against Everton, who will miss a couple of key players from last year, making their defence weaker. That is good news for Zaha, who has impressed with 10 goals and 11 assists last season. He has proven before he is an offensive threat and we believe he will prove that once more this season.

For the same reason, we picked Jota as our first striker. Nine goals and eight assists last season is in our eyes a good result for Diogo who has experienced a huge improvement in the last couple of years. Last time when jota faced Leicester he scored a hat trick and we will hope he can do the same this weekend as well. Joshua King from Bournemouth, who needs no introduction will join Jota at the front. His first match of the season will be against Sheffield United, which will present a huge opportunity for him to get his momentum going. Last but not least, we have got Aguero as our third striker. As mentioned City will face off against West Ham United in game one, which should end in the Sky Blues favour. While a simple one goal win would be enough, City have learned last season any point matters, meaning we trust Guardiola to push his men to showcase all their might and crush their first opponents of the season.

In our substitutions, we have got Pope, El Ghazi, Coleman and Perez.

With that, we conclude our gameweek 1 preview and the introduction of our team which we hope will represent us well throughout the season. A lot of hopes have been put into Wolves to continue with their impressive performances, as well as Man City to show their power against West Ham. We believe Liverpool won’t shy away from dominating Norwich, which is why Mane is our captain, joined by King, as vice-captain just as a formality, considering Mane is a key player of Liverpool and surely won’t miss the opening match of the season.

Our FPL league is still open, so feel free to join with the FPL code: 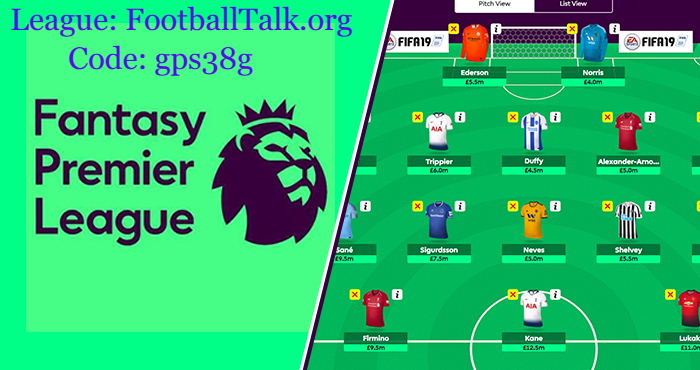