The group of death potentially holds one of the winners of the tournament and it will be interesting to see how these teams fair from start to finish this time around. 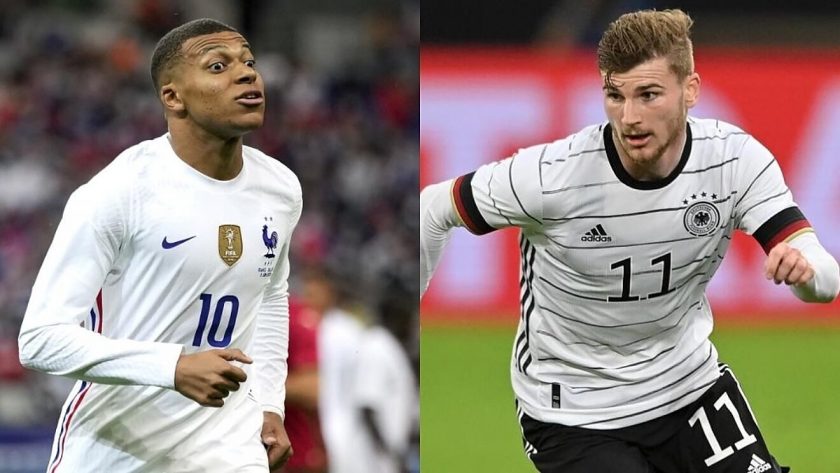 Germany would be seen to have home advantage in Munich, but France are the current World Cup holders and will be looking to rebuild on that, as well as getting their own hands on the trophy they lost to Portugal in 2016.

France’s are unbeaten in five head to heads on German soil W3, D2 with 11 goals scored across all games.

Les Bleus are known to be strong starters in European Championships, losing just one of their nine opening games of the tournament W5, D3 with that single loss coming way back in 1960! And after being runners-up at Euro 2016, reigning world champions France come into this competition as serious candidates to win Euro 2020. But Germany have reached at least the semi-final stage in all international competitions between 2006 and 2016 but were humbled at the 2018 World Cup, finishing last in their group. They boast being three-time Euro winners and have never lost an opening game in this competition W7, D5, but are now winless in 11 international matches against nations currently ranked better than them by FIFA D7, L4.

France are currently the world’s number two ranked nation and are on a run of four consecutive wins to nil. A fifth successive win to nil would mark their longest run without conceding, since June 2008. Germany has a mix bag of results, being annihilated 6-0 by Spain and then shockingly losing to North Macedonia 2-1, but they did thrash Latvia 7-1 in their final preparation for the tournament, so expect the unpredictable.

Striker Antoine Griezmann (France) has scored more goals against Germany than any other nation (four in six meetings), while in-form midfielder İlkay Gündoğan (Germany) has scored in three of Germany’s previous five international matches and had a good run for club Manchester City this season scoring 16 goals in 28 games.

Didier Deschamps, France: “I am friends with Joachim Löw. We like each other. We have met several times. When we face each other in a match, we are both focused on the event and on our players. I have a lot of respect for what he has done and, again, his longevity with Germany at such a high level despite the few difficult – sometimes very difficult – times he has been through. It will be a great pleasure and will put a smile on my face to meet him in Munich on the 15th.”

Joachim Löw, Germany: “France have the most adaptable team in the world. We know how they play, yet they are nearly impossible to predict. We have a good dynamic in our team, the atmosphere is very good. If we deploy our strengths properly, we can go into this match with confidence.”

Germany will no doubt want to bow out on a much better high then they did in 2018 and especially because it will be the German Coach, Joachim Lows last tournament in charge. He too will want his boys to bounce back from the humiliating 6-0 defeat by Spain in November, and the 2-1 loss to North Macedonia in March.

France boasts a more confident head-to-head history and Die Mannschaft won’t have much confidence if those stats are anything to go by as they are winless in five meetings with France, including a semi-final defeat in Euro 2016 – with four of those featuring a 1-0 halftime score line either way.

Although France and Germany are more used to meeting at the other end of tournaments, and who’s to say they won’t, but for the first time they face off in a group game which could reveal the winners of the tournament after 90 minutes.

Les Bleus are tipped by many to add the European title to their global crown, while their predecessors as world champions – in the last tournament of Joachim Löw’s long reign – have had mixed results in recent months but then Germany have often thrived when underdogs.

The strength in depth in both squads will surely give fans an incredible match that really both teams will need the three points from if they are to progress out of the group of death given that three out of the four teams have all won previous tournaments and France will be aiming to become the first side to be world and European champions at the same time although they have to overcome their group and the many other challenges they will face first.