Belgium sit pretty at the top of group B and will be looking to get three wins out of three despite a scare against the Danes. 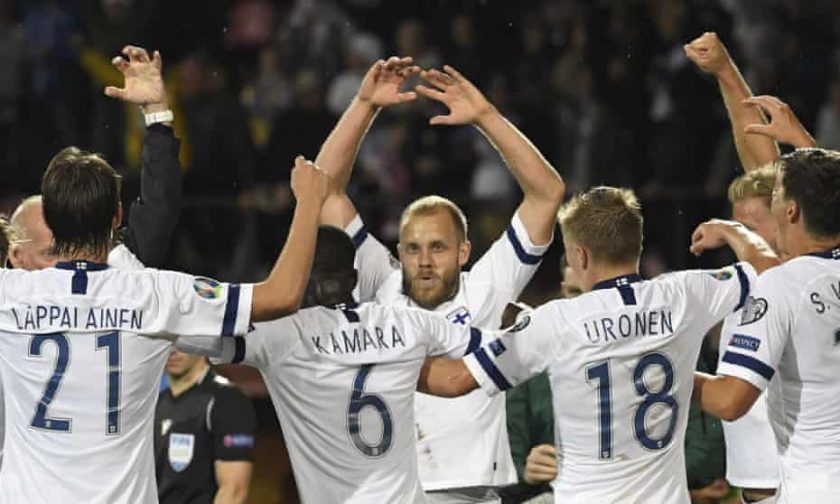 Finland sit level on three points with second placed Russia and will be hoping that even if they lose and results go against them elsewhere, they have done enough to qualify as one of the best third placed teams but of course they will not roll over and will surely give a game to Belgium hoping to come out with at least one point.

In their five previous meeting there have been three draws and Finland have won twice, scoring five goals and conceding just two goals between 2007 and 2016.

Joel Pohjanpalo (Finland) has scored 70% of his international goals in the second half, while Belgium star Kevin De Bruyne is the only European player to have assists in the last four major international tournaments (2014 & 2018 World Cup, 2016 & 2020 Euros.)

Timothy Castagne and Thorgan Hazard (Belgium) are both out with injuries.

Markku Kanerva, Finland: “We’re really looking forward to what is probably the most important game in Finnish football history. It’s fantastic that we’re at this stage with everything still in our own hands. We can even win the group. There is so much to play for.”

Thibaut Courtois, Belgium goalkeeper: “It’s prestigious to win the group, so that is something we are definitely going for. Sure, the next phase might be easier if you’re not the group winner, but in football there can always be surprises. At the World Cup we seemed to have a tougher time against Japan than against Brazil. You can’t try to calculate these things, you just always have to play to win.”

Finland go into this game knowing that only a win will guarantee them a Round of 16 spot and if they win then they could potentially overtake their opponents depending on goal difference, although a draw will be enough if Russia lose to Denmark. Finland will of course take confidence from the fact that they haven’t lost to Belgium since 1968 though.

Meanwhile, Belgium are high on confidence after beating Russia comfortably in game one, although they struggled slightly against Denmark and had to come back from 1-0 down, in doing so they won 2-1 and picked up all three points meaning qualification is guaranteed. Although they will want to win and comfortably again to ensure they send out another strong statement to the rest of the teams in this tournament.