These two sides have caused somewhat of an upset in the tournament. Well, that was before Switzerland pulled off the shock of the tournament and downed France. 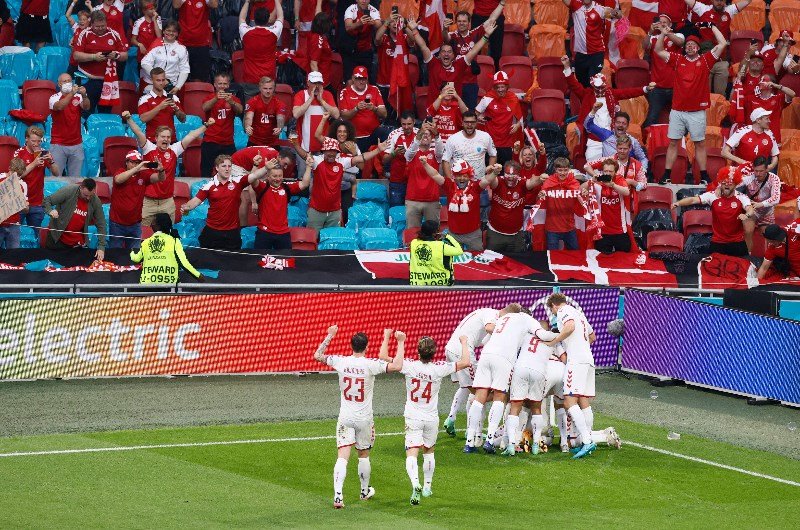 Czech Republic overcame a Netherlands side who did not really look comfortable but were not helped as they also fell down to ten men for 35 minutes of the game when Matthijs de Ligt saw red for handball, succumbing to a 2-0 loss.

Denmark though seem to be the fighters of this competition, after the unfortunate incident in match day one, they have done well to come out of the group stages and have even caused a bit of an upset when they swept aside Wales 4-0 in impressive fashion.

Neither team will have a home advantage here as the tie is taking place in the Baku Olympic Stadium.

In their last five previous meetings Denmark have W1, D4 scoring five goals and conceding just two along the way.

Patrik Schick is a goal away from equalling Milan Baroš’ Czech record for most goals at a single Euro finals. Meanwhile and including last time out, Kasper Dolberg (Denmark) has scored a brace in all four previous matches he’s found the back of the net.

Christian Eriksen (Denmark) remains out after his unfortunate injury on matchday one.

Kasper Hjulmand, Denmark: “The heat in Baku will be an issue. It’ll be 30C, and you definitely feel that. How hard can you play? And how do you play? It’s all a factor, but we are prepared for it.”

Jiří Chytrý, Czech Republic assistant coach: “Diamonds can cut diamonds. Both teams base their football on teamwork and intense bursts of pace. Both try to counter opponents’ higher individual skills using these assets, too. We have similar weapons.”

If their previous four out of five head to heads are anything to go by then it may just be a tight game with a draw that will need penalties to decide the winner.

The Czechs became the first team since at least 1980 to deny the Netherlands a single shot on target at the Euros. And Denmark have reached this stage for the first time since 2004 after registering their first knock-out win at this tournament since their surprise triumph in 1992.

Both teams will want to progress but Denmark have more of an incentive as they look to try and win the tournament for their fans, their team and most importantly for their main man and star player Christian Eriksen.

However, whatever happens here, Denmark can be proud of themselves as they have continued to conduct themselves in a professional manner while trying to recover from the disturbing scenes involving Eriksen in their opening group stage game.