Austria will face North Macedonia in EURO 2020. Neither team have home advantage as the game is being played in Bucharest, Romania. 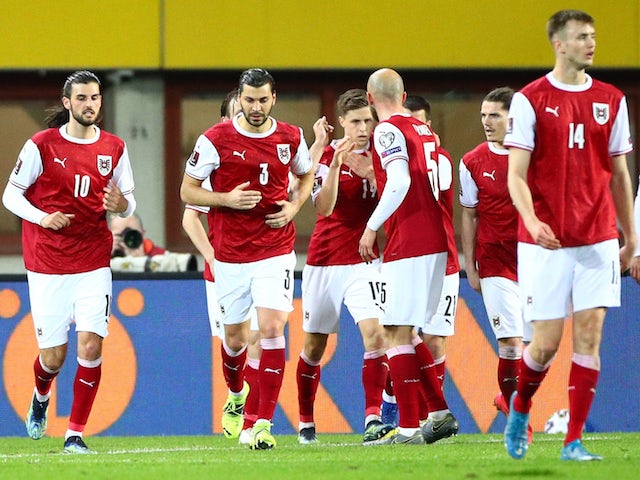 North Macedonia are the 35th different nation to play at a UEFA Euro final tournament and take on Austria, whose two previous campaigns in 2008 and 2016 ended without a victory. Austria beat North Macedonia twice in qualifying to ensure automatic entry into the finals. However, North Macedonia’s hard-fought play-off success and March’s shock FIFA World Cup qualifying win in Germany means Austria should not take Goran Pandev and Co lightly.

Having only played each other twice before Austria have won both games scoring six and conceding two goals.

Austria are making only their third appearance at the European Championships but have a team with some big names that will be looking to step up to the plate. Whereas North Macedonia are making an appearance for the very first time as an independent nation, reaching this historic moment through the UEFA Nations League playoffs.

Austria are without a win or a goal in three matches D1, L2. Where North Macedonia have an impressive record, losing just once in their last five games, W3, D1, L1.

Marko Arnautović (Austria) hit a double in the Euro 2020 qualification head to head win against their opponents, while Vlatko Stojanovski (North Macedonia) hit a late consolation in the return. Both of his prior international goals closed the scoring in games ending 2-1, W1, L1.

Franco Foda, (Austria): “North Macedonia have a team that play very well. They have good individual players in their ranks, and a very united team. We all knew that this is a team that is hard to beat because they are very compact, with their 5-3-2 formation. Now, it’s the Euro, and we’ve got to be at our best. We have to push it to the limit, but we know how our opponents play. We have solutions and we just have to apply them on the pitch.”

Igor Angelovski, (North Macedonia): “I think that many things have changed since those two [qualifying[ matches, because they were played two years ago, and during those two years our national team has grown from one match to the next and played better football, the players have made progress in each match, and this is completely different from the qualifiers.”

Austria will be looking to add to their winning record against their opponents and with Real Madrid bound David Alaba in their side he will surely want to help his side stand out in this tournament and will look to help them get another win over the newcomers to make it three out of three.

However, as this is North Macedonia’s first tournament as an independent nation, they will be looking to replicate their shock win over Germany in World Cup qualifying back in March and will surely look to blow away any opponent they may face.