For the neutral, it was a moving moment to see Phil Foden and Pep Guardiola celebrate after the latter hit the goal to ensure Man City progressed to the Champions League Semi-Finals for only the second time in the club’s history. Foden, who may have all the attributes to one day be considered the best English player in a generation, leapt into Guardiola’s arms, with the often stoic City manager letting his emotions go to celebrate with the youngster.

We sometimes put a bit too much of the abstract into football analysis, but the Foden goal seemed pivotal. Not just for the game against Borussia Dortmund, but a signpost on the way to Champions League glory for City. All fans of successful clubs have seen such instances down the years – the moment where it feels like this is our year. Guardiola himself even referenced as such, calling the Champions League “unfair” and suggesting the penalty (which Riyad Mahrez converted) might not have been given in another match.

The bookmakers certainly agree with the sentiment that it is City’s turn. The club is priced just above even money for a first title in the Champions League betting with MBet. There has been much talk about quadruples and trebles in City’s season, but you would expect Guardiola – and his bosses – to prioritise the Champions League, particularly given that the Premier League has been won in all but name.

And yet, we should not overlook the quality of the three other teams in the Champions League Semis. Would anyone be surprised to see City exit at the hands of PSG in the next round? The French side, like City, has been prioritising this competition over the last few years. It’s the one the PSG owners want, and they would gladly cede Ligue 1 supremacy to Lille this season to get it.

There would likely be a rush to anoint the winner of the PSG and Man City tie as the champions-elect. Chelsea and Real Madrid are obviously talented teams, with the former beating City in the FA Cup last weekend, but neither will be considered favourites regardless of who they face in the Final.

Madrid Can Still Produce a Performance When Needed

In a sense, Madrid and Chelsea are mirror opposites. The former is the old lion, wounded and past its best, but still capable of a ferocious bite – as Liverpool discovered. Chelsea, meanwhile, are the young upstarts, not supposed to be here – yet. Thomas Tuchel has made a fast impact in the Chelsea dugout, but there still seems a long way to go for the Blues to be considered the finished article. 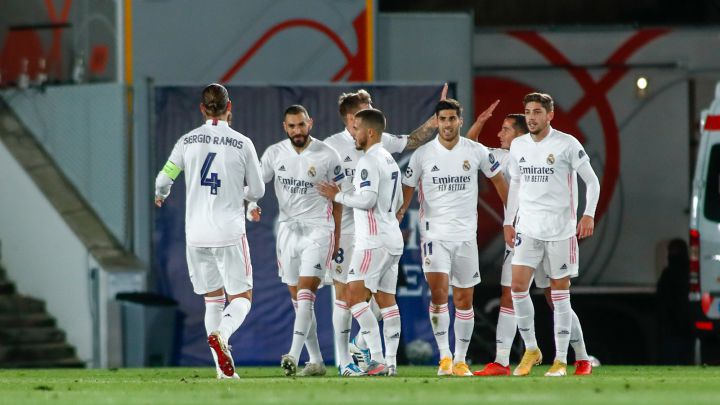 Nevertheless, seeing Madrid or Chelsea crowned champions on 29th May would not be surprising. PSG or City would – and should – be considered favourites for the showpiece in Istanbul. But would you really use the word surprising if Chelsea or Madrid beat either side in a one-off game?

The point, if it is not already obvious, is that the Champions League is much more difficult to call than what some pundits and bookmakers might lead you to believe. Despite City getting rid of that quarter-final hoodoo that dogged them for several campaigns, there is absolutely no guarantee that it will lead to a first Champions League Final.

PSG, the second-favourites for the tournament, could easily swat them aside and, in turn, lose out to an exciting Chelsea team or resilient Madrid side. All of this points to an exciting round of fixtures and, hopefully, a brilliant Final – regardless of who makes it.