It seems as though Bayern Munich have a fight on their hands to keep two of their key players, yet they cannot risk losing the key duo. 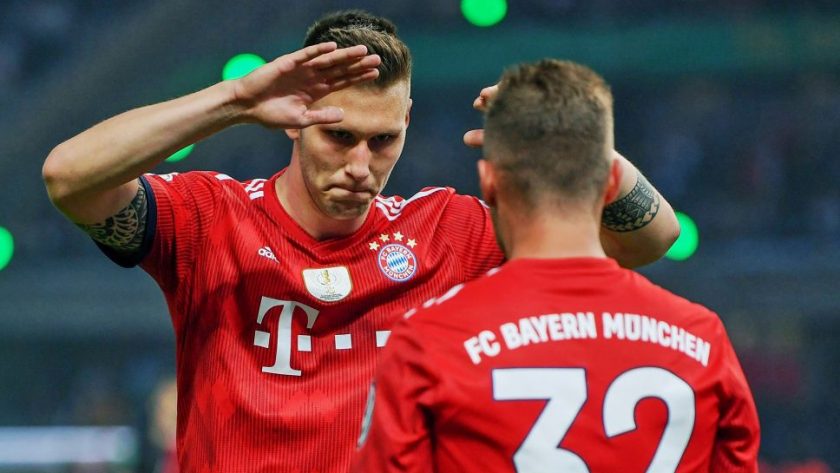 Now that the German domestic season is over there is one thing that is standing between Bayern Munich and the tying down of key players- the Euro 2021 tournament.

Surely clubs would have preferred to sort out their contract situations with players before they went off to join their international sides at the tournament, however that doesn’t seem to be the case.

The players in question are two of the most key players to Munich, Leon Goretzka and Joshua Kimmich.

Both players would be an asset to any side around Europe and as Munich are already losing the likes of David Alaba to Real Madrid, Javi Martinez and Jerome Boateng and having terminated Douglas Costas contract too, they would not want to risk losing the next two best players of their squad.

I am sure Bayern will be looking to tie both players down as soon as they return from the tournament, whenever that may be, however, it is not guaranteed that both players will opt to sign an extension, given that manager Hansi Flick has stepped down from his role and looks to be joining the German national team once the tournament ends and current manager Joachim Low leaves.

Although Bayern are guaranteed Champions League football for next season, after lifting only the Bundesliga this season, the likes of Goretzka and Kimmich have pretty much won everything in Germany including the DFB Pokal, the Champions League and the Bundesliga. And even though they didn’t have the best of seasons this year as a team, they came off the back of a treble winning season the year before, which is a major feat in itself and both players may feel there is nothing more to win and achieve at the club.

But it could be argued that both players are comfortable in Germany and may not be looking to ply their trade elsewhere despite the amazing talents they possess.

Goretzka has one more year left on his contract and so Bayern surely will want to tie him down, or they risk losing him for free once his contract runs out. He will definitely be there for one more season at least though as he is going to inherit the number eight jersey from the departing Martinez.

Kimmich on the other hand, is under contract until 2023 but Bayern will want to tie him down for even longer to keep the team ticking over as best as they can for as long as they can.

There is one bit of good news on the contract front for Munich though, as striker Eric Maxim Choupo-Moting has signed an extension until 2023. Speaking to bayernmunich.com Sporting Director Hasan Salihamidzic stated: “We’re very happy that we have extended Choupos contract. He is a very important player in our team because he understood his role straight away and has really performed well this season.”

If Goretzka and Kimmich follow in Choupo’s footsteps then it will be smiles all around for Munich, although if they really are to compete on more than one front next season, they will definitely need to add to their squad.

However, I am sure whatever they decide to do it will be the best thing for themselves and their career and with two players as talented as they are, no matter where they play, they can only get better and better and will surely be a force to be reckoned with, no matter the shirt they are wearing!